A cheap and sustainable route to mesoporous materials – from seaweed 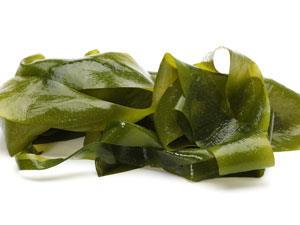 It is estimated that less than 1% of the world’s macroalgae biomass is currently utilised but UK scientists have found a use for some of it – in the preparation of highly mesoporous materials.

While trying to extract inorganic compounds from macroalgae the group noticed that the algae expanded in water. Following further investigation, they found that the algae could maintain its structure, exploiting the shaped nature of seaweed.

Wei Fan, an expert in the synthesis of mesoporous materials, from the University of Massachusetts, US, applauds the group’s work, commenting that it is an excellent example of how ‘working with nature is a smart way for researchers to develop new functional materials.’

The material is thought to have great potential as a multi-purpose, environmentally friendly crop. It has a cheap and sustainable synthesis route as the algae grows rapidly in water, not on land.

As for potential uses for the materials, Andrew Hunt from Clark’s team says, ‘initial applications testing of these materials has shown some positive results,’ but warns that ‘one of the biggest challenges for any polysaccharide or biomass based mesoporous material is long term stability.’