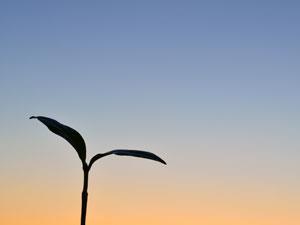 The first detailed analysis of air pollution in the UK for more than a decade has revealed some puzzling findings. Researchers, led by the Natural Environment Research Council (NERC), report that emission estimates of most heavy metals do not agree with measured concentrations and deposition levels. The measurements indicate emissions of metals are out by factors ranging from two to 10. So where is this extra metal coming from?

The Review of Transboundary Air Pollution (RoTAP) shows the effects of policies throughout Europe to mitigate long-range transport of pollutants. It finds that the chemical climate of the UK has changed dramatically over the last 30 years. There’s good news: acid rain is under control and soil and freshwater are slowly recovering. And there’s bad news: background ozone concentrations have grown, threatening crops and vegetation. And nitrogen deposition, which may be reducing biodiversity, shows no signs of improvement.

Then there’s the metals mystery. The team expected 20–30% of emitted metal particles to be deposited in the UK (the wind carries the rest away), but found much higher figures for most of the metals, which are covered by the country’s emissions inventory. Emissions of lead, zinc and copper stand out. For example, 2000t of zinc were deposited in the UK, while only 400t were emitted, according to the inventory; 400t of lead was deposited, but 118t emitted. ‘Depositing 400t suggests emissions should be thousands of tonnes,’ says David Fowler of the NERC Centre for Ecology and Hydrology and chair of RoTAP. ‘And these are likely to be underestimates, as the report calculated deposition in rural areas omitting hotspots in urban areas.’

The conclusion must be that the emissions inventory is wrong, Fowler says.  ‘If the discrepancies were small, then we could blame resuspension [where wind or traffic disturbs settled metal particles back into the air]. But the magnitude of the difference is so large that this can only be part of the reason. The emission inventory must be missing lots of other sources, such as fugitive emissions from industry.’

‘There is some enthusiasm in regulatory circles to control metal emissions, but we can’t begin to control them if we don’t where they are coming from,’ says Fowler. ‘This is the first step – identifying the problem. The next step is to use our models to predict the real emissions levels, working backwards from deposition measurements. Then we can go back to the inventory people and approach colleagues in industry.’

It’s important to remember that metal emissions have fallen drastically over the past fifty years, says Mike Ashmore of the University of York, UK. ‘It is the historical legacy of accumulated metals rather than emissions today that present any ecological concerns. Any emissions coming in now are trivial compared with the accumulated burden.’ Organic matter can bind large amounts of metals, particularly lead, and hold it for decades, even centuries. But the metal could be released if soil acidity changes or land is developed.