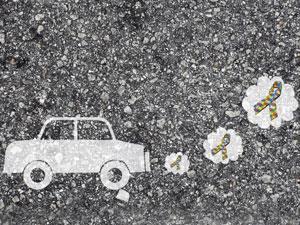 Pregnant women who are exposed to high levels of certain types of air pollution may be up to twice as likely to have a child with autism than women who are not exposed to pollution, according to a new study from the US. The study suggests that the presence in the air of pollutants from diesel exhaust, as well as mercury, lead, manganese and dichloromethane were associated with the elevated risk.

The causes of autism spectrum disorder (ASD) are not well understood, but there is good evidence that there is a strong genetic component. Environmental factors are believed to play a role, but pinning these down has proved elusive. Around one in every 100 children born in the US is diagnosed with ASD.

‘There have been two small studies in the US that showed an association between exposure to air pollution during gestation and an increase in the risk of autism, but these were very localised,’ says the lead author of the new work, Andrea Roberts of the Harvard School of Public Health. Roberts and her team examined data from the Nurses’ Health Study II, involving almost 120,000 nurses, which began in 1989. The researchers identified 325 women who had had a child with autism, comparing them with 22,000 women who had a child without ASD.

The women were mapped according to where they were living when they had their child. This map was overlain with models of predicted air pollution produced by the US Environmental Protection Agency.

The results, adjusted to take into account factors such as income and education, showed that women who lived in areas with the highest predicted levels of diesel particulates or mercury in the air were twice as likely to have a child with ASD than those who lived in areas with the lowest levels of these pollutants. The presence of manganese, lead and dichloromethane, and various other metals combined, was associated with an increased risk of around 50%.

So from this analysis, for pregnant women living in the least polluted areas, roughly two children in 200 might be expected to develop autism, while in the areas with the highest levels of mercury and diesel pollutants this might rise to four children in 200, and in areas with high levels of the other pollutants, this figure might be three in 200.

‘I feel pretty confident there is an association between air pollution and autism, and in particular with these sets of chemicals,’ Roberts concludes. Ideally the next step, says Roberts, would be to directly measure the levels of these chemical species in the blood of pregnant women.

Commenting on the new study, Judith Rankin, professor of maternal and perinatal epidemiology at the University of Newcastle in the UK, says: ‘Increasing numbers of studies in pregnancy are demonstrating that poor air quality has detrimental effects on the unborn child. This study on the effects of air pollution on autism extends the literature and shows that exposure to air pollution affects other childhood conditions.’

Rankin adds: ‘Further studies are needed, particularly including personal exposure measurements, but policy makers need to consider this growing evidence on pregnancy and child outcomes to determine whether permitted levels of air pollution should be changed.’