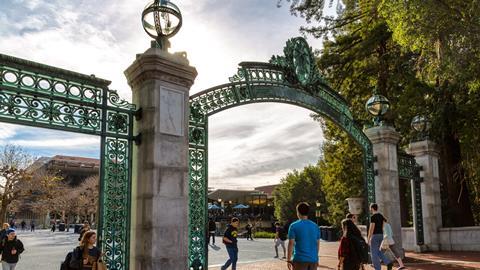 Number of international students applying and enrolling at US universities drops

Applications by international graduates to study in the US have fallen for the first time in more than a decade, according to new data from the Council of Graduate Schools (CGS). In another first for the last 10 years, the number of new graduates joining US universities from overseas has also fallen.

CGS, a non-profit organisation that aims to advance graduate education and research, found that applications from prospective international students in autumn 2017 fell by 3% from the previous year. It also revealed that first-time enrolment of international graduates declined by 1% on last year.

The CGS findings came just weeks after the US National Science Foundation released a separate report showing a 5.5% reduction in overall international graduate enrolment at US universities from autumn 2016 to autumn 2017. The NSF data also revealed that enrolment of non-nationals specifically pursuing science and engineering degrees at US universities dropped 6% on the previous academic year.

There is some concern that President Trump’s immigration policies and rhetoric are at least partly to blame for this fall in student numbers. Science groups have warned that the president’s travel restrictions that temporarily banned travellers from several Muslim-majority countries could hurt the nation’s academic research and scientific enterprise.

CGS determined that applications from and first-time enrolment of international graduate students from the Middle East and north Africa have declined for two years running. Institutions responding to the CGS survey reported a significantly greater rate of decline in applications between fall 2016 and fall 2017 – 17% versus 5% in the prior admission cycles.

‘The graduate education community entered into the fall 2017 admission cycle with a great level of anxiety and uncertainty,’ the CGS report concludes. It notes that several factors influence global academic mobility, such as limited higher education capacity in the home country, national scholarships and growing nationalism. It also highlights that US visa policy and uncertainties surrounding it can affect the flow of international graduate students coming to the US.