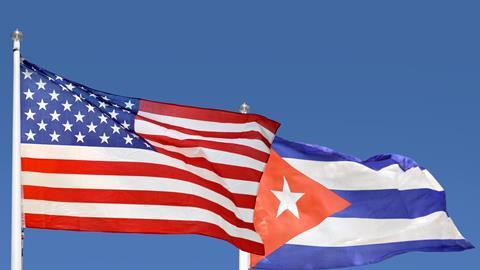 The worsening diplomatic relationship between the US and Cuba under the Trump administration is hampering scientific collaboration between the two nations.

The White House announced new rules in June that essentially ban travel by US citizens to Cuba except in about a dozen scenarios, including professional research or professional meetings. The current administration has reversed much of the easing of travel restrictions under the Obama administration, but international scientific exchanges can continue under the general licensing provisions of the US Treasury Department, according to Glenn Ruskin, spokesperson for the American Chemical Society (ACS).

However, the US embassy in Havana is all but abandoned, having been reduced to a skeleton staff earlier this year. The Trump administration pulled an estimated 60% of the embassy’s personnel and their families out of Cuba in late September, after about two dozen personnel reported hearing loss, vertigo and other health conditions following mysterious alleged ‘sonic attacks’ that apparently started last year.

The State Department also removed 15 of its officials from the Cuban embassy in Washington DC just a few days later. ‘The decision was made due to Cuba’s failure to take appropriate steps to protect our diplomats in accordance with its obligations under the Vienna Convention,’ said US Secretary of State Rex Tillerson.

In October, Trump suggested that Cuba was responsible for the ill health of the Cuban embassy personnel. ‘It’s a very unusual attack, as you know, but I do believe Cuba is responsible,’ the president stated. Experts have expressed scepticism that the health problems reported are the result of some kind of sonic weapon.

The ACS is concerned about the impact on scientific exchanges between the two countries, Ruskin tells Chemistry World. Luis Montero-Cabrera, a chemistry professor at the University of Havana and past president of the Cuban Society of Chemistry, agrees that there is cause for concern.

‘There are no explicit limitations for scientists from both countries to work together, but what has changed is the approach of the US government,’ Montero-Cabrera says. ‘US universities are afraid to send their scientists to Cuba because many feel uncertain about whether they will be following the new rules of the US government – the situation is becoming uncertain, and this has reduced the number of American scientists coming here for meetings.’

A popular ‘hot topics’ in science symposium, held annually in Havana by the Cuban Society of Chemistry in partnership with sister chemical societies across the world and the University of Havana, will have fewer US scientists than normal. Last year, 12 of the 13 lecturers came from the US, including a delegation from the US government’s National Science Foundation, according to Montero-Cabrera. This year, 23 US lecturers were invited to the upcoming symposium, but only three have accepted. One Canadian accepted at first but later refused because he has dual US–Canadian citizenship and expressed fear of punishment by the US government.

The new tighter travel restrictions make it much more difficult for ACS members to attend to scientific meetings in Cuba, such as the upcoming Latin American Federation of Chemical Associations Congress, which will take place in Havana in October, according to Ruskin.

In addition, it has become more complicated for Cuban chemists to travel to ACS conferences, like the organisation’s upcoming meeting in New Orleans. ‘These health issues made the US government close down the embassy in Havana, so there are no deliveries of normal visas,’ says Montero-Cabrera. ‘Our attendance at the ACS meeting in New Orleans in March is uncertain – it is a stranger environment for our exchanges with US scientists.’

It was at the August 2015 ACS meeting in Boston where Cuban and US chemists enthusiastically described a new era of scientific collaboration between the two nations. The US flag had recently flown over the American embassy in Havana for the first time in over five decades, and a similar scene had just played out at the Cuban embassy in Washington DC. In December 2014, President Obama had announced that restrictions on US–Cuban relation would be eased, including a relaxation of visa requirements.