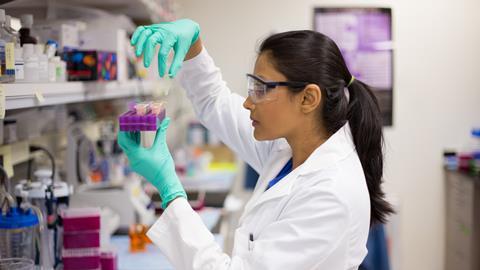 US universities told to sort out postdoc job titles chaos

There are 37 different designations for postdoctoral workers in the US – 36 too many says a team of biomedical researchers. The scientists are calling for US institutions to sort out their chaotic postdoc system, which sees workers receive unequal salaries and training opportunities simply because of their job titles.

Postdocs often struggle with poor job security and hourly earnings often below minimum wage. What should be a time of training often becomes a permanent arrangement in which postdocs continue working under changing designations. ‘It borders exploitation,’ says economist Donna Ginther from the University of Kansas, US, who studies scientific labour markets.

To make matters worse, postdocs working at the same institution often have disparate salaries and benefits. ‘Someone called a postdoc might have a prescribed training plan and someone called a research scholar might have no training plan at all,’ explains Michael Schaller, from West Virginia University, US, who led the study together with fellow biochemist Wesley Sundquist from the University of Utah, US.

In a comment published in eLife, the scientists recommend that institutions implement a minimum salary, standard benefits – such as annual leave and health insurance – and restrict the number of years people can work as postdocs. To distinguish postdoctoral from research scholar positions, the former should include an element of training.

‘Designations and term limits create an infrastructure and expectation for training and mentorship,’ agrees Sarah Hokanson, director of the professional development and postdoctoral affairs office at Boston University, US. Hokanson was part of the team that restructured the university’s non-faculty research position titles, condensing 12 postdoc designations into one – an example the researchers cite as one of the possible ways to tackle the problem.

A simplified system will also make it easier for institutions and agencies to collect data, Schaller and Sundquist reckon. Postdocs are a major part of the biomedical research workforce, but estimated numbers range from 30,000 to more than double that. ‘Universities do not know who is working as a postdoc in what lab,’ Ginther says. ‘If we can’t track people, how can we define what the best practice should be to train this part of the workforce?’ asks Schaller.

Although other sciences might benefit from similar changes, the problem is most acute in biomedical sciences, says Ginther. Postdoc contracts tend to be longer and there are fewer alternative jobs outside academia than in chemistry.

While clearer job titles and term limits might put some pressure on labs to change their attitude towards hiring postdocs, ‘I recognise that these structural limitations don’t necessarily impose a cultural shift,’ Hokanson concludes.