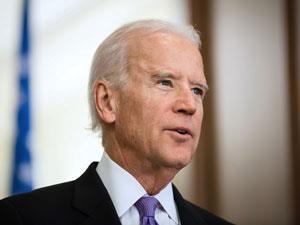 The Obama administration has launched a ‘moonshot’ initiative to cure cancer that will involve increasing resources – both private and public – to fight cancer and break down walls between disciplines in the oncology arena. The effort will be led by vice president Joe Biden, who lost his son to brain cancer last year, President Obama announced during his final State of the Union speech. Biden worked with Congress last month to provide the US National Institutes of Health with its strongest budget in over a decade, Obama noted. ‘Let’s make America the country that cures cancer once and for all,’ he added.

In a statement that same day, Biden said several cutting-edge areas of research – including cancer immunotherapy, genomics, and combination therapies – could be revolutionary. Currently, only 5% of cancer patients end up in in a clinical trial, and most aren’t given access to their own data, according to Biden. At the same time, he said, community oncologists, who treat more than 75% of cancer patients, have more limited access to cutting-edge research and advances.

The US Biotechnology Innovation Organization (BIO) and the American Association for Cancer Research (AACR) support the administration’s plans. ‘The process of discovering new cures and treatments for patients in need relies upon an ecosystem of innovation in which all stakeholders, including government agencies and regulators, academic research institutions, private industry and patient groups, play a critical role,’ stated BIO’s president and chief executive, Jim Greenwood. He said the industry has a long track record of finding breakthrough treatments to once-deadly diseases, including HIV/Aids, hepatitis C and ‘an ever-increasing list’ of cancers.

‘Now is the time for a major new initiative in cancer science that supports and builds upon our basic science foundation while translating these exciting scientific discoveries into improved treatments for cancer patients, such as in the areas of genomics, precision medicine and immuno-oncology,’ said AACR’s president, José Baselga, the chief medical officer at Memorial Sloan Kettering Cancer Center in New York City.

In his speech, Obama said it is critical for the US to have that same type of ‘moonshot’ commitment when it comes to developing clean energy sources.