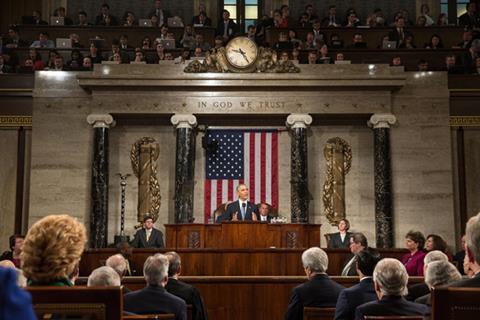 President Obama has highlighted the importance of research and innovation to the health of the US economy and its citizens during his State of the Union address on 20 January, and took this opportunity to announce a new initiative to fund ‘precision medicine’ treatments tailored to each patient.

‘I want the country that eliminated polio and mapped the human genome to lead a new era of medicine—one that delivers the right treatment at the right time,’ the president stated. The proposed Precision Medicine Initiative would see each patient’s genetic makeup and disease subtype used to create and inform better therapies for illness such as cancer and diabetes.

Obama is expected to detail the new programme in his 2016 budget, slated to be released on 2 February. Observers anticipate that the president will pay for the initiative through an increase to the National Institutes of Health’s (NIH) budget.

In announcing the new programme, Obama indirectly referenced a therapy by Boston-based biotechnology company Vertex Pharmaceuticals that targets patients that have cystic fibrosis linked to a specific gene deletion.

Ben Corb, a spokesperson for the American Society for Biochemistry and Molecular Biology, says he welcomes any effort to improve or hasten disease treatments and cures, but is concerned that efforts like the Precision Medicine Initiative could end up taking money away from basic research grants. ‘I would like to see an increase in the NIH budget that lets us fund that programme but also increases the NIH’s basic research portfolio,’ Corb tells Chemistry World. ‘That has been the catch to these sorts of things in the past – these programmes are installed and they are good ideas, but they end up essentially eating up all of the budget increase proposed.’

During his speech, the president added that there was bipartisan support for basic research in Congress. ‘Members of both parties have told me so,’ Obama stated. ‘Where we too often run onto the rocks is how to pay for these investments.’

Corb concurs that there is widespread agreement on Capitol Hill about the importance of supporting basic research, but not on how to fund it. He suggests that agencies like the NIH and the National Science Foundation have paid a heavy, and perhaps disproportionate, burden when it comes to balancing the budget.

There have been reports that the president’s forthcoming budget will propose funding increases on the order of 5–7% for science agencies like the NIH.

Corb says Obama only mentioned ‘science’ and ‘research’ twice, which was disappointing. ‘I wanted there to be a little bit more lip-service,’ he says.

However, during his speech, the president did say he wants Americans to win the race for ‘the kinds of discoveries that unleash new jobs’, such as converting sunlight into liquid fuels, creating revolutionary prosthetics and exploring the solar system ‘not just to visit, but to stay’.

Obama also noted that Nasa launched the new Orion spacecraft last month as part of a re-energised space programme that will send US astronauts to Mars. In two months, to prepare for those missions, US astronaut Scott Kelly will begin a year-long stay in space.

The president also reaffirmed his commitment to tackling climate change, noting that 2014 was the planet’s warmest year on record. Although one year doesn’t make a trend, he pointed out that 14 of the 15 warmest years on record have all been this century.

‘I’ve heard some folks try to dodge the evidence by saying they’re not scientists, that we don’t have enough information to act,’ Obama said. He said that he wasn’t a scientist, but that the best scientists in the world are in agreement that human activities are changing the climate.

‘If we do not act forcefully, we’ll continue to see rising oceans, longer, hotter heat waves, dangerous droughts and floods, and massive disruptions that can trigger greater migration, conflict and hunger around the globe,’ Obama warned. He said that the Pentagon has identified climate change as an immediate risk to US national security, and that the warning should be taken seriously.

Obama went on to reference the historic climate deal reached by China and the US back in November. While the US vowed to double the pace at which it cuts carbon pollution, China committed, for the first time, to limit its emissions. Because the world’s two largest economies came together, he said other nations are now stepping up and offering hope that the world will reach an agreement to protect the ‘one planet we’ve got’ this year.