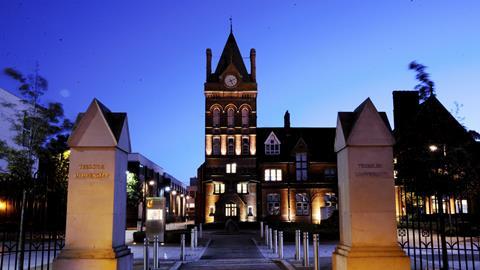 Outcry after Teesside University professors told to reapply for jobs

Professors at Teesside University in the UK have been told they must reapply for their positions over the summer or face redundancy. The university says the purpose of this is to bring all university professors under the same job title by creating a new position, rather than to save costs. Higher education policy watchers warned that this decision is part of a trend of casualising university employees.

Staff will need to go through an assessment and make the case for continuing their research to an interview panel by the end of August. Those who do not wish to do this will be given a severance package of nine months’ salary.

The move affects all 27 of the university’s professors, including six in the science and engineering department, who work across a range of disciplines including chemistry. The university offers undergraduate degrees in chemistry, forensic science and pharmaceutical science.

News of the compulsory assessments drew widespread criticism from the UK science community, many of whom took to social media to express their anger or offer solidarity to those affected using the hashtag #TeessideProfs. A campaign group of the same name has written an open letter calling for the university to re-think the decision, which has been signed by more than 750 academics. ‘This action taken by the university essentially places 27 professors at risk of redundancy. What were promised as permanent and secure positions have now been rendered precarious,’ the letter says. ‘Has the competitiveness and marketization of the higher education system become so ruthless and intense that institutions are willing to abandon these basic principles and place their employees into professional, personal and financial insecurity?’

The letter – which was written by a group who say they are not affiliated with Teesside University – goes on to warn there is a ‘broader issue’ at stake. ‘This exercise appears indicative of a more pervasive trend within UK higher education institutions to flexibilise their workforce and systematically engender an unnecessary sense of insecurity and precariousness,’ it says. ‘As academics employed as lecturers, researchers and professors at dozens of universities, we give warning to other institutions that similar action will not be accepted quietly and will not come without risk of reputational damage.’

The University and College Union (UCU) also condemned the exercise. In a statement, UCU’s regional official, Jon Bryan, said: ’There is no reason whatsoever for this bizarre summer audit of professors. As term draws to a close staff will be taking stock of their research and making preparations for the new academic year. They shouldn’t be hauled in to some make or break assessment exercise.’

A Teesside University spokesperson said the timing of the process was designed to cause ‘minimum disruption to both staff and students’. They said the move was part of a plan to ‘significantly expand and strengthen the university’s research activity’.

‘As part of these plans, the university is proposing to bring together the variety of disparate roles of staff holding the professorial title and create a new role of professor (research), based around a single, clear and consistent role description for this group of staff,’ the spokesperson said. ‘Current proposals would enable all staff affected to apply for appointment to the new role.’

They added staff would be appointed ‘if they meet the new criteria’.