In the quest for the US presidency, Obama has greater credibility with science groups, Romney has more industry support

As the US prepares for a presidential election on 6 November, science and research groups appear to be backing the current incumbent President Barack Obama. They say he has an established track record of supporting federal funding for research, innovation and science education, and he has defended those areas against congressional efforts to reduce the nation’s massive debt. But the chemical industry is considerably less enthused.

Obama’s Republican rival, Mitt Romney, has been comparably quiet about government investment in science and innovation. ‘The biggest difference between the candidates is that Obama has a well-defined plan when it comes to scientific investment,’ says Glenn Ruskin, a spokesperson for American Chemical Society. ‘Obama has a pretty clear track record that we can be supportive of,’ agrees Ben Corb, an official with the American Society for Biochemistry and Molecular Biology. 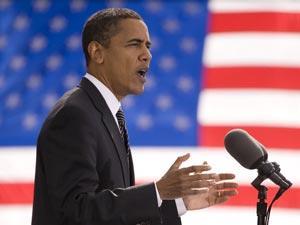 In fact, Obama’s commitment to research began during his original campaign in 2008, when the then Senator from Illinois supported doubling federal funding for basic research and vowed that his administration would base policies on sound science. Those promises followed rampant complaints that the previous Bush administration had manipulated and censored scientific results to achieve particular political aims.

In numerous high profile speeches since then, Obama has reiterated that federal investment in R&D and science, technology, engineering and mathematics education spurs innovation, acting as the engine that drives the US economy and, therefore, shouldn’t be cut even amid the current dismal budget environment.

One particularly pivotal moment in Obama’s presidency came in April 2009 during a speech before the US National Academy of Sciences, when he set a goal for the country to devote more than 3% of its gross domestic product (GDP) to R&D.

Obama’s budget proposals for science agencies have generally maintained the commitments set out in the American Competitiveness Initiative, created by President George W Bush, by keeping the budgets of key physical science agencies – the National Science Foundation (NSF), Department of Energy’s (DOE) Office of Science and the National Institute of Standards and Technology’s labs – on a trajectory that will double their budgets every 10 years. Congress, however, has not always cooperated with this initiative.

Researchers and science groups also applaud Obama for enacting into law an economic stimulus package in February 2009 that contained an extra $21.5 billion (£13.6 billion) to support R&D. That measure included an additional $10 billion for the National Institutes of Health (NIH), plus $3 billion for the NSF and $4.5 billion for the DOE’s Office of Science, funder of the nation’s national laboratories. In addition, Obama earns accolades from researchers and science groups for expanding federal funding for embryonic stem cell research in March 2009, reversing limits set by Bush.

The president has also delivered on a 2008 campaign promise to ‘restore science to its rightful place,’ by preventing political interference. Under the president’s direction, federal agencies have created and adopted new scientific integrity policies.

Meanwhile, Romney has provided relatively few details about his science and technology policy. Although he has mentioned the importance of investing in basic research and innovation, some science groups say it remains unclear whether he is referring to a federal investment, a partnership between the government and the private sector or tax cuts that would enable greater private investment. ‘While there is nothing particularly to criticise, there is nothing really that you could praise either,’ Ruskin says.

In Romney’s education reform plan, released in May, he pledged to ‘maintain a strong commitment to research in the physical, biological and social sciences and to ensure that the priorities for research funding are not hijacked by short-term political imperatives’. The Romney plan did state that the long-term federal investment in basic research within US universities and colleges has been ‘a crucial engine for innovation in our economy and one that could not be replicated through other sources of funding’. It also vowed to ‘replace burdensome regulation with innovation and competition’.

Romney has also promised to redirect clean energy spending towards basic research. Government investment is critical when the timescales for developing new technology are too long, risks too high and rewards too uncertain to attract private capital, he has said. But he has complained that much of the US’s existing energy R&D budget has been devoted to loan guarantees, cash grants and tax incentives for projects that might have gone forward anyway.

Nevertheless, research advocates express concern about how federal science agencies would fare under a Romney presidency. The candidate has endorsed the Republican budget plan for FY2013 that was put forward by the House of Representatives’ Budget Committee chairman, Paul Ryan – whom Romney selected as his running mate on 11 August – but many insiders warn that it would be bad for science.

In fact, right after Ryan’s budget was released, the acting director of the White House Office of Management and Budget, Jeffrey Zients, stated that it would cut investment in science, medical research, space and technology by more than $100 billion over the next decade.

Some insiders have also estimated that the Ryan budget would result in a 20% across-the-board cut for non-defence discretionary programmes, including research agencies. ‘That would be catastrophic – you are talking about a huge decrease in federal R&D,’ Ruskin tells Chemistry World.

One hot-button area on which Romney appears to have been somewhat nebulous is climate change. In his book, No apology: the case for American greatness, published in March 2010, Romney expressed the belief that climate change is occurring and that ‘human activity is a contributing factor’. But beginning in October 2011, his public position on the topic seemed to shift. He has more recently indicated that the causes of climate change remain unknown.

Ryan, however, has been clearer – publicly questioning the science behind global warming, criticising the Environmental Protection Agency (EPA) for declaring carbon dioxide a dangerous pollutant and accusing leading climatologists of manipulating data to support a predetermined conclusion.

A field in which Romney’s stance is clear, and distinct from Obama’s, is embryonic stem cell research. He has opposed the use of federal funds for such work and has promised that his administration would focus on promoting adult stem cell research and alternative methods to derive pluripotent stem cells.

Meanwhile, the chemical industry is encouraged by Romney’s pro-business, limited regulation stance. According to the US National Association of Chemical Distributors (NACD), the Obama administration has regulated the industry more aggressively than any other administration in at least a decade. 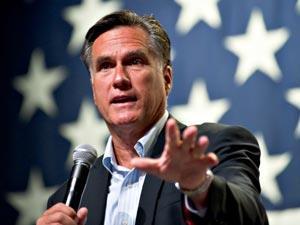 The group’s president, Chris Jahn, notes that the EPA’s civil and administrative fines are up 62% over the last three years and the Department of Transportation’s hazardous materials transportation fines were up 41% last year. Under Obama, he says, punitive fines have made it difficult for NACD’s members to operate.

In contrast, Jahn says Romney has articulated a philosophy of ‘sound fiscal policy’ and a less aggressive, punitive regulatory environment. ‘So that would cause one to be optimistic,’ he tells Chemistry World. ‘But, I would like to see more details before I got too excited.’

Regardless of who wins, the NACD would like the US government to take a more collaborative approach in working with industry, rather than what Jahn calls the ‘find and fine’ approach of the current administration. ‘It seems that many of our comments, meetings, whatever, have fallen on deaf ears,’ he says. ‘There is a lot of rhetoric about growing the economy and working with industry, but we have seen relatively little action to back up that rhetoric.’

Nevertheless, the American Chemistry Council (ACC) says it has had success working with the current administration on new chemicals regulation. ‘The Obama administration is recognising the need to prioritise chemicals for review,’ says ACC spokesperson Scott Jensen. Yet, he too says more work remains. ‘We are trying to avoid a regulatory system that wouldn’t be workable,’ Jensen tells Chemistry World.

Donations to the two campaigns help to build up a picture of where the chemical industry’s loyalties reside. Obama’s campaign received almost $160,000 in contributions from the chemical and related manufacturing sectors, according to data from late August compiled by the non-partisan research group Center for Responsive Politics. That figure was more than twice as high for Romney, at over $360,000.

Presently, the US spends considerably more on research than other nations. The country currently spends about 2.6% of its GDP on R&D, which ranks below nations like Japan, South Korea and Taiwan. But the total public and private expenditure translates to more than $400 billion, which dwarfs other countries spending.

‘Nobody even comes close to the sheer dollar amount we are putting in,’ Ruskin emphasises. For example, he notes the entire annual EU expenditure on R&D is just under $300 billion and for China it’s around $150 billion. This makes the question of where Obama and Romney stand on science and technology policy more important than ever.

When Obama ran against Senator John McCain in the last US presidential race in 2008, the two candidates spent more than $1 billion on the contest. Before the current election is over, Obama and Romney are expected to spend a similar amount, which will be greater than the Department of Homeland Security’s entire R&D budget. The figure is also about twice what the EPA spends on R&D. It also translates to roughly four times what the National Science Foundation’s chemistry division spent last year. At the National Institutes of Health, $1 billion would equate to about 2000 research project grants.