Profile: Life in the cage

Had Jens Reich’s family lived just a few dozen kilometres west after the second world war, in free West Germany instead of the communist east, he might not have become a scientist.

’Something in the arts would have suited me,’ says Reich, now professor emeritus at the Max Delbr?ck Center for Molecular Medicine (MDC) Berlin-Buch and member of the German Ethics Council, which advises the federal government on science and medical issues.

But the 1950s were dangerous times for free thinkers in USSR-dominated eastern Europe. Reich’s father, a physician, wanted his son to choose a safe career in medicine, a field partially immune from the repressive German Democratic Republic (DDR) government. 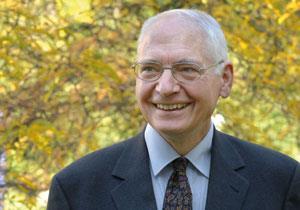 ’We had arguments,’ says Reich. His father finally won in 1956, Reich’s last year of high school, when Soviet troops marched into Hungary to crush the blossoming democratic revolution, killing more than 2000 Hungarians and imprisoning an additional 100,000. ’I enrolled at Humboldt University and I began to study medicine,’ says Reich.

Reich’s medical degree and subsequent PhD in biochemistry did not diminish his free thinking ways. ’From the beginning I rejected communism and Marxism,’ he says.

As a top East German scientist who dared to speak against the DDR system, in the 1980s Reich was removed as department head at the Central Institute of Molecular Biology, one of three institutes of the Academy of Sciences in Berlin-Buch. He was moved to a small isolated office, shunned by colleagues, and ate lunch alone in the institute’s cafeteria. And he waited for the inevitable: the collapse of the DDR’s house-of-cards system.

Almost three decades later - on 2 October this year - Reich was honoured as the first recipient of the Carl Friedrich von Weizs?cker award during a ceremony held at the German Academy of Sciences Leopoldina in Halle, in the former East Germany. He was recognised for his exceptional scientific achievements and his personal and political courage.

Living in the cage

Reich was born in 1939. His father, a physician in the German army, left for the front line at the start of the second world war, and the family moved in with relatives of Reich’s mother in Czechoslovakia’s German speaking Sudetenland region, staying until the war’s end.

As an adolescent in Halberstadt in the early 1950s, Reich’s mother encouraged him to learn foreign languages. She had travelled widely in Europe, spending two years in the UK, where her industrialist family had a textile factory. ’She was against the communist system and she regretted having to stay in the "cage" of East Germany,’ says Reich.

Reich entered Humboldt University in East Berlin fluent in Russian and conversant in English. At the time, the infamous Berlin Wall had not yet been erected. Berliners could move freely between west and east. ’This was a very happy time in my life,’ says Reich, who fell in love and married Eva Brameyer, a fellow medical student.

But in August 1961, toward the end of his medical studies, the DDR government sealed borders between West and East Berlin and built the Wall. ’It was a very heavy blow,’ he says. ’For I and my wife and others, it was like a clinical depression descended on us, thinking that maybe we would be trapped in this cage the rest of our lives.’

A year working at the Halberstadt hospital convinced Reich that the life of a country doctor was not for him. He craved the intellectual stimulation of a university. In 1964, he began studying biochemistry at Friedrich-Schiller University in Jena. His initial focus was the biochemical interactions of metabolism, such as studying liver poisoning or diabetes in mice. ’It fascinated me,’ he says.

Despite being trapped in the DDR cage, Reich says Horst Frunder, head of medical biochemistry, created a vibrant intellectual environment. ’I think it was pretty well developed at the level that West Germany had at the time,’ he says. Students used donated Swiss or West German textbooks.   Frunder organised trips to East Berlin for lectures by West Berlin-based German biochemist and Nobel laureate Otto Heinrich Warburg. And Frunder’s group closely followed the work of Oxford’s Hans Adolf Krebs, a former assistant to Warburg in Germany.

Frunder encouraged his team to conduct lab discussions and seminars in English, Reich says, adding: ’He was adamant we publish in English’. Frunder hired Regina Fischer, the mother of former chess great Bobby Fischer, to tutor his students in English. In her 50s, she was studying medicine in Jena. ’She was a communist crackpot but a very nice woman,’ recalls Reich.

After obtaining his doctorate in 1968 on arterial vascular sounds, he returned to East Berlin to work at the Central Institute of Molecular Biology. That same year, he gained approval to travel for a week to a conference in Edinburgh, his only trip abroad until the Berlin Wall fell in 1989. His wife and three children remained at home, strong incentive for Reich to return to the DDR. ’I was not going to leave my wife and children behind,’ he says.

For the next dozen years he focused on the ’theoretical analysis of biochemical networks in the cell,’ he says. ’Some of my best publications are from this time in the late 1960s and 1970s.’ In addition to biochemistry, he made extensive use of mathematics and main-frame computers in his research to programme simulations of chemical events in cellular life.

In 1970, Reich co-founded the Friday Circle, which began innocently as a ’commune of several young families’ seeking a free environment within the DDR cage. ’This was our medical treatment for our depression,’ he says. ’But it eventually became political.’ Reich was increasingly being monitored by the State Security Ministry (Stasi).

"I was immediately impressed by his modest and kind personality, his broad interests much beyond natural sciences and his deep knowledge in many areas" - Peer Bork, head of computational biology at the European Molecular Biology Laboratory

During the 1970s he did two long-term research stints in the USSR at the Institute of Biophysics of the Academy of Sciences. He worked closely with Russian Eugene Selkov, and the two co-wrote Energy metabolism of the cell: a theoretical treatise, published in 1981. In the same year, he switched his focus to the genome. As professor of bio-mathematics, he conducted DNA analyses, his focus for the next 20 years.

In 1984 Reich was ordered by DDR authorities to sever communications with West German contacts and to report to the Stasi. He refused and was removed as department head. ’I was isolated, no longer a member of the scientific community,’ he says. ’I was more or less a private scholar.’

Peer Bork, now head of the computational biology group at the European Molecular Biology Laboratory in Heidelberg, first met Reich in 1986. ’I was immediately impressed by his modest and kind personality, his broad interests much beyond natural sciences and his deep knowledge in many areas. It was immediately obvious that he was honest and fair, so I chose him as a PhD supervisor.’

But Bork admits to some trepidation: ’I was worried that I would not be able to finish my PhD because he was one step away from prison and the world works via guilt by association.’ The two scientists have continued to collaborate over the years on projects related to human variation (polymorphism and alternative splicing). ’He is one of the finest people I have ever met,’ says Bork.

In September 1989, Reich co-founded the New Forum pro-democracy movement. On 4 November, he was one of several prominent New Forum members to speak to at a demonstration of at least half a million East Germans against the DDR government. The Berlin Wall fell on 9 November, but Reich was too busy to visit West Berlin: ’I went only three days after.’

The Academy of Sciences closed, and Reich was without a job. In March 1990 he was elected to the new DDR parliament, serving until East Germany reunified with West Germany on 3 October 1990. ’I did not like it very much. It’s not my thing to be in politics,’ he says.

In 1991 he spent six months as visiting professor at the Center for European Studies at Harvard University and in 1992 at the German Cancer Research Center in Heidelberg. Meanwhile, the MDC was founded, the successor to the DDR’s Academy of Sciences. Reich returned as a research group leader.

He officially retired in 2004, but is still involved in research, focusing on iron metabolism in the cell.

He was initially sceptical of his 2001 appointment to the Ethics Council. ’I thought it would be boring,’ he says. ’But it turned out to be interesting and I take it very seriously.’ He also lectures regularly in Germany and abroad about democracy and his DDR experiences.

As a younger man, he felt his was a lost generation trapped in the DDR cage. But now, at 70 years of age, he no longer regrets the geographic fate that put him in the cage: ’I don’t feel my life has been lost.’

Venkatraman Ramakrishnan, Thomas Steitz and Ada Yonath win Nobel prize for chemistry for studies of the structure and function of the ribosome