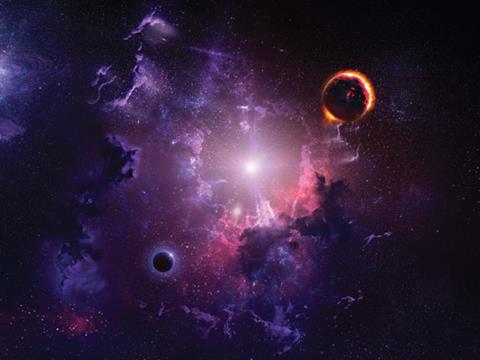 Frozen particles of dust in the cold, dark reaches of outer space could be much more active ‘chemical laboratories’ than previously imagined.

In parts of space where the temperatures are only a few degrees above absolute zero, it was thought that the only atom capable of moving across the surface of icy dust particles to react with other atoms was hydrogen – all the other atoms were thought to be frozen in place. But now researchers have shown that oxygen – and by extension possibly other species such as nitrogen or even carbon – can pull off the same trick that hydrogen uses to skip energy barriers: quantum tunnelling. This means that even the coldest regions of space could be home to much richer chemistry and a wider array of compounds than previous estimates suggested.

The researchers, led by Marco Minissale of the University of Cergy Pontoise and the Paris Observatory in France, showed that oxygen atoms can diffuse at significant rates on ice-covered surfaces at temperatures as low as 6.5K. They also found that this low temperature diffusion did not follow classical laws, and therefore concluded it was a result of quantum tunnelling. 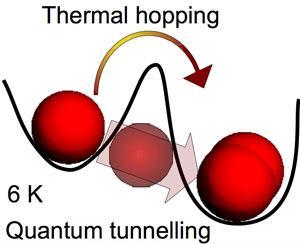 Larger atoms like oxygen have now been shown to tunnel. This means more reactions can take place at very cold temperatures

Between 6.5K and around 20K, molecular oxygen and ozone were generated – indicating that oxygen atoms were actively darting around the surface and meeting either another oxygen atom or an oxygen molecule. At around 20K there was a sharp increase in activity. Below 20K, suggests Minissale, oxygen atoms diffuse by quantum tunnelling; above this threshold classical thermal effects kick in and activity rises dramatically.

‘We conclude that oxygen atom diffusion is governed by quantum tunnelling up to 20K,’ says Minissale. ‘It was thought that only hydrogen atoms can scan across these surfaces, but here we also see it with oxygen.’

Dwayne Heard of the University of Leeds in the UK has studied quantum tunnelling at low temperatures. ‘These results suggest that reactions on ice surfaces do not have to be driven by diffusion of H atoms,’ he says, ‘which tend to lead to certain types of product. Oxygen, carbon and nitrogen atoms may also undergo diffusion via quantum tunnelling on the surface, leading to a richer range of functional groups.’