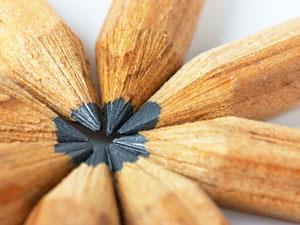 Has room temperature superconductivity been seen in a simple preparation of graphite?

Can graphite treated merely with water become a superconductor at room temperature? This is the extraordinary claim made by scientists in Germany. Unsurprisingly, this has been met with scepticism – from measured to outright – by other experts in superconductivity.

Pablo Esquinazi and his team at the University of Leipzig say that they observed a ‘tantalising hint’ of superconductivity at room temperature in samples of graphite powder that had been mixed with water and dried overnight at 100oC. The researchers placed the material in a magnetic field and observed changes in the graphite’s magnetism – tracing a hysteresis loop – that are characteristic of a superconductor. Analysis showed that only a tiny fraction of the sample, around one part in 10,000, was producing the response.

But when the team compressed the powder into pellets – necessary to measure the electrical resistance of the material – the signal disappeared. Esquinazi speculates that a proportion of the graphite could include misaligned interfaces that are superconducting, with the possibility of dissociated hydrogen from the water playing a role. ‘Our results are tantalising,’ says Esquinazi. ‘But not 100% proof. The superconductor yield is too low and we do not know where the superconducting phase is or what the critical temperature is.’ Esquinazi is satisfied that his team has eliminated all possible sources of potential artefacts in the data. ‘Either this is superconductivity or it is something completely new,’ he says. The next step is to attempt to pinpoint the superconducting phase at the grain interfaces and to increase yields, Esquinazi says.

But other experts are not convinced. ‘There is no physical evidence of superconductivity, by which I mean primarily there are no resistance measurements that show the material has become superconducting,’ says Mark Ellerby of University College London in the UK, who works on graphite-based superconductors. ‘Graphite is a very interesting material that has a lot of magnetic properties of its own and these are only alluded to. My feeling is that this is a highly suppositional paper that uses interpretation in a strongly philosophic nature, without providing physical evidence.’

Archie Campbell, emeritus professor at the University of Cambridge, UK, is equally sceptical. ‘They do the right thing in measuring the magnetisation as a function of field. This appears to show hysteresis but the loops at increasing amplitude of field do not correspond to those of a superconductor,’ he says. ‘Also, the critical current does not seem to change significantly between 5K and 300K which is highly improbable. The model they have is that there are a few superconducting grains, but the signal is only one in 104 of what you would expect from a solid superconductor so only 1 grain in 104 is superconducting. There is no reason for this in a simple homogeneous system such as this. I think it is an experimental artefact.’

On the disappearance of the signal when the sample is compressed, Ted Forgan of the University of Birmingham in the UK, says: ‘The authors give reasons why the signal should be smaller, but I am not convinced that it would go away completely on their model. Graphite is flaky, with a very large and anisotropic diamagnetism [the creation of a magnetic field in opposition to the externally applied field]. One could imagine changing diamagnetic signals from realignment of micron-sized graphite particles which would go away if the sample were compressed so the particles could not rotate.’ Forgan concludes: ‘So, not proven, but not disproved either and worth following up.’