In a week when research groups reported the cholesterol-lowering powers of red grapefruit and the cancer-fighting potential of cauliflower and broccoli, nutritionists have warned against the exaggeration of preliminary food-related findings. 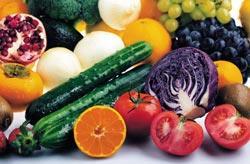 In the grapefruit study1, researchers from Israel, Singapore and Poland studied patients with heart disease who had failed to respond to statin treatment for cholesterol reduction. Less than 60 patients were divided into groups fed either a red grapefruit, a yellow grapefruit, or no grapefruit every day for a month.

’Addition of fresh red grapefruit to generally accepted diets may be beneficial to hyperlipidemic patients, especially those with high levels of triglycerides,’ the authors concluded.

Meanwhile, US researchers reported that the molecule indole-3-carbinole, which is found in relatively high concentrations in broccoli and cauliflower, increased the levels of proteins involved in DNA repair in cancer cells2.

The findings were published in a journal owned by the charity Cancer Research UK, which issued a release entitled ’Cauliflower and broccoli boost cancer protection’.

Toni Steer, a nutritionist with the UK’s Medical Research Council, cautioned against reading too much into preliminary studies.

’Recently there were reports of the health benefits of pomegranate juice, and pomegranate does seem to have a high antioxidant activity, along with other fruit such as blueberries,’ Steer told Chemistry World. ’But if you look more closely at the evidence, often these studies have been carried out in the test tube or on animals or in quite small numbers of people over a relatively short period of time. Many of the studies tend to be very preliminary and warrant further research before specific health claims can be made. Pilot studies can get a little exaggerated. There is usually some interesting data, but they need reinforcing.’

’It is very difficult to single out one particular type of fruit or vegetable as having a superior benefit to health,’ said Steer. ’The only really reliable long-term epidemiological data is that a diet rich in a variety of fresh fruit and vegetables reduces the risk of coronary heart disease and some cancers. We do not fully understand how the foods work in our bodies and how they help to reduce the risks. Most probably many compounds are acting in synergy. Eating a variety of fruit and vegetables increases your chances of getting the full range of nutrients and phytochemicals that might be valuable.

’The worst thing is when you see a story that says "carrots cure cancer". Things always seem to get a bit exaggerated,’ she concluded, making no mention of last year’s BBC headline: ’Carrots may help ward off cancer’ (from a story about the low incidence of cancer associated with a carrot-rich diet, in rats). Simon Hadlington