New strategy will see the country boost its spending on science to 2.5 per cent of GDP

Russian plans a return to the scientific top table, after the ministry of economic development recently approved plans to significantly increase research funding. The Innovative Russia 2020 scheme should see science funding rise to at least 2.5 per cent of GDP. However, some critics think the scheme is overambitious and predict that implementation will run into bureaucratic problems. 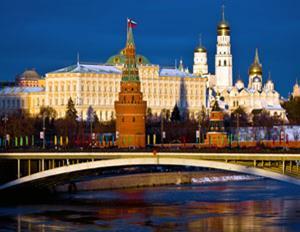 Over the next decade Russia plans to plough RUB1.1 trillion (?22.7 billion) into research every year, bringing its combined public-private GDP spending on science close to other research giants such as the US, where science GDP spend is estimated at 2.77 per cent, as well as Germany at 2.64 per cent.

The new strategy plans to put Russian scientists’ wages on a par with their EU colleagues, introduce age limits for the heads of scientific institutions and universities to let younger talent through and close inefficient universities and academies.

Many Russian analysts believe that the new strategy is urgently needed, as the funding situation for science has deteriorated sharply over the past decade. As a result, Russia has dropped down the international scientific rankings, despite the fact state investment has risen from RUB48 billion in 1999 to RUB485.8 billion in 2010.

This decline is reflected in Russia’s publishing record. According to Rossiyskaya Gazeta, one of Russia’s leading business papers, the current share of scientific articles and papers written and published by Russian scientists in international scientific journals is only 2.48 per cent, compared with 5.5 per cent for France, 7.5 per cent for Germany and 9.7 per cent for China. In addition, between 2004 and 2010, the citation rate of papers published by Russian scientists ran at only 2.4 per article.

’The contribution of Russian scientists in world science at present is estimated at just over 2 per cent, compared to the US’s 35 per cent,’ says Valery Kostyuk, an academician and chief scientific secretary of the presidium of the Russian Academy of Sciences. ’In contrast to other developing countries, the number of scientists in Russia is steadily declining. In addition, the number of new scientists who were trained in the US, EU and China over the past decade, exceeded the Russian figures by several times’.

The Russian government hopes that its strategy will boost the country’s share of world publication and citations to over 5 per cent by 2020. 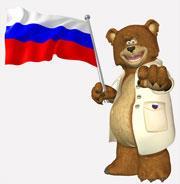 The Russian bear wants sciences to drive its economy

One of the most important goals of the new strategy will be changing the way that research money is currently distributed. In future, more money will go to efficient scientists and research teams, with weaker teams set to lose out.

As a result, audits of the scientific excellence of Russian institutes are expected to be carried out by a special state scientific commission, composed of leading domestic scientists, as well as some foreign researchers. The main criteria for the evaluations are expected to be international recognition, publication record and attendance at scientific conferences. The importance of scientific discoveries from a practical standpoint will be also be considered.

As a result of these audits, up to 10-15 per cent of Russian universities and scientific institutions could close by 2014, while another 20 per cent face the closure of inefficient departments and schools. At the same time, funding for research activities for the best universities will rise by 30 per cent starting in 2014 and the government wants revenue from R&D activities to increase substantially.

The strategy is also expected to create room for younger staff to come through. Under new state recommendations, presidents and vice presidents of academies, directors of institutes, heads of state universities and other senior researchers will have to retire once they reach 70-years old. Term limits of 10 years will also be put in place in universities, while pensions for scientists will go up. The average salary of a Russian scientist, which is presently estimated at RUB25,000 (?500) per month, is expected to be significantly increased.

Finally, there are plans to entice top Russian scientists back, as well as attract leading foreign researchers, by providing ’mega-grants’. So far the government has chosen 39 distinguished scientists who will receive these $5 million (?3.1 million) mega-grants, including Japanese biologist Osamu Shimomura, US astrophysicist George Fitzgerald Smoot, as well as Paolo Macchiarini, a leading expert in regenerative medicine.

However, some Russian commentators think that the strategy is overambitious.

’Some major concepts, mentioned in the strategy, are vague and double-edged,’ says Andrei Petrov, president of the coordinating youth president council in the field of science and education. ’In addition, there is a strong underestimation of the need for significant reforms of Russian legislation and in particular those fields which directly regulate the funding and staffing of Russian science. The authors of the strategy have included some long and well known proposals and declarations in the strategy’s text, however there could be problems with its implementation.’

According to Sergey Dmitriev, a senior researcher at the Belozersky Institute of Physico-Chemical Biology, Moscow, the government needs to quickly solve the problem of bureaucracy in science and to change the ways funds are distributed.

At the same time, while the new strategy is still in the pipeline, some Russian scientists are demanding immediate reforms. In mid-October several hundred Russian scientists in lab coats organised a protest in Moscow, calling for an end to bureaucracy in Russian science and more funding.