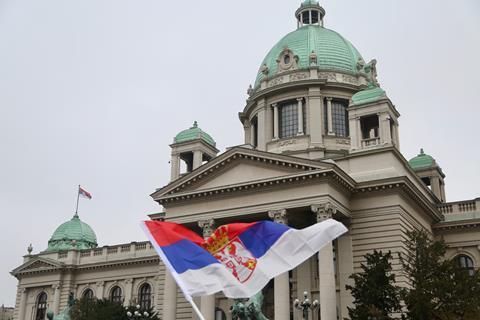 After 15 years of a system many branded as inefficient, the government of Serbia has made sweeping changes to the way science funding is organised and pledged to pump more money into research.

The country’s parliament passed a new science law this week, which, together with a law on the National Science Fund passed in December, will provide institutional funding to research organisations as well as grants purely for research.

So far, funding awarded through research grants had to cover scientists’ salaries and even institutions’ overheads, which meant that the government had to award a grant to nearly every scientist who applied just to keep them all in a paying job. The government cancelled its last call for grants in 2016, and simply continued paying scientists for projects they first won in a 2010 funding call.

Under the new law, the national science fund is expected to run a series of calls for different scientific projects. The first, a pilot call for grants worth €200,000 (£179,000) for early-career researchers, totalling €6 million over two years, opened last month.

‘The new law on science and [funding] systematically reinforces our research organisations and gives them possibilities to hire talented young researchers practically without any direct involvement of the Ministry – this was not the case before,’ a spokesperson for the Science Ministry tells Chemistry World, adding that future grants will aim to boost international cooperation. ‘Serbia – as a regional focal point – will launch calls to attract [overseas] researchers but also [those] from the region.’

The government has also promised to increase research spending in the coming years, with a plan to grow the overall science budget by at least 50% before 2023. Serbia has around 12,000 researchers and invests some 0.37% of its GDP in science.

The reforms have had a mixed reception from the wider scientific community. Initially the changes were strongly opposed, as some believed they would lead to job losses. This fear seems to have been dampened through a lengthy public consultation and tweaks to the final text of the law.

Vladan Vuletić, a quantum physicist at MIT in the US, who sits on the executive board of Serbia’s new science fund, says the reforms will help ‘make the science funding in Serbia consistent with best practices worldwide ’.

‘How effective the changes will be remains to be seen in the future, but in my view these reforms are definitely a right step in the right direction, especially after many years when science was not high on the government’s priority list,’ he adds.

But others remain sceptical and are awaiting to see if, and how, the grants will actually be awarded. ‘We all have the same problems – insufficient money for experiments and for buying and servicing equipment, and inaccessibility of state-owned equipment,’ says Aleksandar Devecerski, a physical chemist at the Vinča Institute of Nuclear Sciences in Belgrade. He hopes the new law will improve conditions, but fears they reflect good intentions that will amount to nothing.

Scientists also cite previous broken promises by the government and are concerned that institutional funding will actually mean lower salaries, as only a minority will be able to supplement their salaries with the new, more competitive grants. Biljana Maluckov, a member of the Serbian Chemical Society, says the reforms will do nothing for scientists who don’t currently have a job. ‘The government is calling for scientists from the diaspora to return, while local PhDs are sitting around the unemployment bureaus,’ she says. ‘They cannot register in the researcher database and cannot apply for grants,’ she adds. ‘They are still invisible if they are unemployed.’