As the first chairman of Canada’s new Science, Technology and Innovation Council (STIC) renowned chemist Howard Alper is in a delicate position.

His committee was established in June 2007 to provide the government with ’independent and integrated advice’ on science and technology and has been shrouded in political controversy practically since its inception. 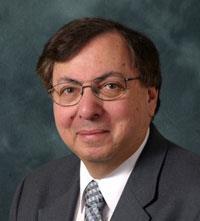 In January this year, just a few months after the panel’s membership was announced, the Canadian government decided to phase out its top science advisory post. The move will see the country’s national science adviser, UK-born organometallic chemist Arthur Carty, retire at the end of March - leaving Alper’s 17-member committee as the principal providers of scientific advice to the Canadian government.

Allegations have swiftly followed that the nation’s conservative government, led by Stephen Harper, is trying to water down scientific advice and avoid being challenged over its controversial policies in areas such as climate change and nuclear safety.

The government had already changed Carty’s brief so that he reported to industry minister Jim Prentice - rather than directly to Harper. That will not change with the new 17-member STIC, which will also not have the Prime Minister’s ear.

It is not a controversy that Alper is keen to be drawn on. He stresses that his council is ’a new entity,’ created specifically to recommend how to implement Canada’s S&T strategy and should not be compared to the old national science advisor role.

Alper is unwilling to comment on political controversies, such the Harper government’s decision not to meet its obligations under the Kyoto protocol. He says the committee will only advise on issues that the government raises - its member will not drive the agenda.

Alper serves as a distinguished professor and is the former vice president for research at the University of Ottawa. There, he runs a research group that develops catalysts - including unusual dendrimer metal complexes - for use in petrochemical and pharmaceutical processes.

As if that weren’t enough, this past president of the Royal Society of Canada also co-chairs the InterAcademy Panel on International Issues - which acts as a global network of science academies from nearly 100 countries.

Every weekday morning he still manages to see his research group, which publishes work in several different areas, including the conversion of petroleum feedstocks into products such as plastics or polymers.

"Chemistry is pivotal to advancing science in many different areas - whether we are talking about genomics and post-genomics, stem cell research, nanoscience and nanotechnology, or new materials for the aerospace industry" - Howard Alper

’Chemistry is pivotal to advancing science in many different areas - whether we are talking about genomics and post-genomics, stem cell research, nanoscience and nanotechnology, or new materials for the aerospace industry,’ Alper said. ’The council is providing the milieu for research to flourish, so inevitably, chemistry will benefit from recommendations made by the council.’

He is, however, something of a renaissance man. As a first year undergraduate student at Sir George Williams University in Montreal - now known as Concordia University - he seriously studied both science and literature, publishing some poetry and short stories.

When it was time to choose a career path though, Alper opted for chemistry rather than face the financial uncertainty of the arts. ’I came from a family that was really not well-off economically, so in the end I made the choice on pragmatic grounds,’ he recalled.

Alper’s vision for the committee is simple: it will offer advice on science and technology matters that can enhance the quality of life and economic development of Canadians.

The committee, which has held two meetings so far, has two roles. Its primary responsibility is to offer confidential counsel to the government about science, technology and innovation issues raised by the government. Its other duty is to develop a regular ’state of the nation’ report that benchmarks Canada’s research and innovation in a global context.

Some of the board’s current activities include an examination of Canada’s policy on international S&T collaboration, and a review of the nation’s industrial R&D efforts.

"Among the G8 nations, Canada has ranked number one the last three or four years in terms of the support for publicly funded research" - Howard Alper

Among the G8 nations, Canada has ranked number one the last three or four years in terms of the support for publicly funded research,’ Alper noted. ’But, where it is not number one - and really needs to improve - is the extent of research in private industry.’

Alper has supreme confidence in the panel’s work and its membership - which includes seven other university and college presidents, seven corporate leaders and three government deputy ministers. Three of the group’s members are active researchers, focused on areas like tissue engineering and information technology. ’It is an invigorating council to be chairing,’ he stated. ’It is an honour to do this.’

But it remains to be seen whether Alper’s committee will be prepared to push scientific advice in areas that are politically inconvenient for the current Canadian administration or if, on crucial issues such as climate change, it will be silent.