’The magnesium/sulfur rechargeable battery system has been a technological target for a long time because of the combination of high capacity and low volume,’ explains Karl Ryder of the University of Leicester in the UK, who researches rechargeable battery technology. ’Also, magnesium tends not to form dendrites - long, needle-shaped deposits - that can destroy a working battery and present significant safety concerns.’

Elemental sulfur is an ideal cathode for a magnesium anode because of the high energy density the system would provide - more than twice that of a lithium ion battery. However, the chemistries of magnesium and sulfur are incompatible with most known electrolytes, so coupling the electrodes has so far proved elusive.

Now, a team led by researchers from the Toyota Research Institute of North America (TRINA) in Michigan, has discovered an electrolyte that works. 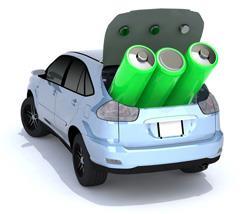 The challenge was to find an electrolyte that would work with both magnesium and sulfur. To date, all magnesium electrolytes are nucleophilic, which causes rapid degradation of the sulfur cathode.

A number of hurdles remain, however. Takashi Kuzuya, general manager in the materials research department of TRINA, who wasn’t directly involved in the work, says: ’As a side-reaction of the discharging process, the sulfur cathode was electrochemically reduced to form polysulfide anions, which dissolved into the electrolyte solution. Preventing sulfur dissolution will be crucial. Another challenge is the rate capability of the cell - the capability for rapid charge-discharge.’

Kuzuya would not be drawn on how soon magnesium-sulfur batteries might appear in cars. ’It is too early to judge whether it can be a real electrochemical device or not. A magnesium-based battery is one of the candidates for future battery systems.’

Ryder agrees that ’very significant scientific and technological challenges’ remain, but that ’this is an exciting development from a world-leading organisation both in terms of underpinning science and applications technology of electric and hybrid-electric vehicles’.