Whitesides charges to the top

The chemists are ranked by h-index, a number invented by physicist Jorge Hirsch in 2005 as a fair way to measure research impact. A scientist’s h-index is the highest number of papers they have published which have each amassed at least that number of citations: Whitesides, with an h of 135, has published 135 papers which have each received at least 135 citations, for example. The current list is restricted to living chemists; otherwise John Pople (1925-2004), with an h of 137, would have come top. 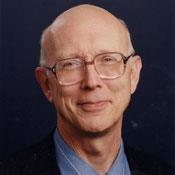 By combining quantity and quality, Hirsch argued, the h-index avoids, as far as possible, other measures’ potential bias: counting total published papers can reward the hard-working but mediocre, while a highly-cited scientist may have inflated their reputation by writing review articles or by sneaking in as co-author on many papers.

The chemists’ rankings, created by Henry Schaefer, of the University of Georgia, US, together with colleague Amy Peterson, were first published in April this year (see story below), but have now been expanded and updated three times. Harvard chemists still take the first three places in the rankings. Schaefer welcomes additions to the list, which is a work in progress.

The index is a rough-and-ready measure - as it largely scales with age, and citation cultures in different fields of chemistry may vary - but it has captured the enthusiasm of many chemists, particularly in the US. ’I don’t think you should get hung up on h-index rankings, but you can’t ignore them’, Richard Catlow, head of chemistry at University College, London, told Chemistry World.