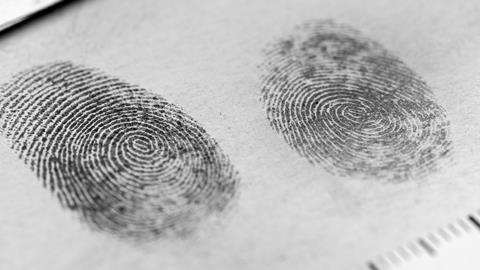 A new method for producing print powders goes against the grain

Revealing fingerprints using powders has been a staple of sleuthing science for nearly 130 years, with prints developed this way still the leading identification method for crimes worldwide.1 Yet despite its age and widespread use, latent print development using fingerprint powder is still very much an active area of research, with each new technique allowing us to process more ridge detail, on more surfaces and under a variety of conditions. Even something as seemingly ‘solved’ as fingerprint powder can benefit from a makeover.

A world of whorls

Current commercially available powders come in a variety of colours. At a crime scene or in the crime lab, forensic investigators can choose which powder will give the best contrast and definition against the underlying surface. The pigments lampblack and iron oxide black are popular ingredients for black powder, along with graphite. Titanium dioxide, of sunscreen fame, features in white powders. Powdered aluminum gives prints a grey–silver look, with red lead oxide for red–orange. There are even formulations incorporating fluorescent particles, which are ideal for print processing on busy backgrounds.

For all fingerprint powders, key considerations are the particles’ size, shape and relative surface area, which play significant roles in the visualisation of latent prints. Finer powders can resolve more detail, different shapes will adhere in different ways, and powders with particles of a well-defined size and shape give a consistent performance. The technical challenges in meeting these requirements means that good powders can be hard to make and there are many proprietary formulations on the market. So it may come as a surprise to learn that researchers have recently shown you can make fingerprint powders from rice.

In recent times, the move toward more green and sustainable processes has turned the idiom ‘waste not, want not’ into a research objective. Rice husk (RH) waste is a prime example. About 20% of the world’s annual rice production of 500–600 tonnes will end up as RH waste or as its incineration product, rice husk ash (RHA).2 That’s a million-plus tonnes of trash – or treasure. RH is mostly cellulose, lignin and silica, which lends it all sort of uses – a recent review lists potential applications for RH in ‘silica gels, silicon chips, silica−carbon composites, construction materials, catalysts, zeolites, battery materials, graphene, energy storage/capacitor, carbon capture, as well as in drug delivery vehicles’. Now, thanks to the researchers at Universiti Sains Malaysia and Malaysia’s Management and Science University, that list includes crime fighting. 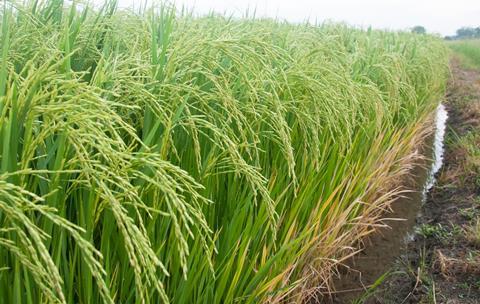 Grow the rice, remove and burn the husks, and what do you get? Fingerprint powder

Rice husk ash is a promising candidate for fingerprint powders because of its carbon nanoparticles (CNPs) and silica nanoparticles (SNPs), whose morphologies are tailorable by producing RHA under different conditions. Revathi Rajan and colleagues used RH waste from local rice mills and produced RHA under different and specific thermal conditions to generate their nanoparticles. They then obtained a range of well-defined nanoparticle powders using simple processing methods: brown CNP powders were made from an acid digest of the ash, followed by drying for different lengths of time; white SNP powders were obtained by treating the ash with NaOH to produce sodium silicate, which was then heat-treated.3,4 The CNPs had an average particle size of 385nm, and the SNPs produced powders of around 200nm particle size. For comparison, many commercially available traditional powders fall in the micron size range, though nanoparticles are becoming more popular. They found that the powders could be used to develop latent fingerprints with the ‘high clarity and clear ridge details’ that are critical for investigators to identify persons of interest.

The team then went further with its SNPs – producing a rainbow of powders by doping the SNPs with various natural and synthetic colourants. Again this involved a simple preparation: adding the colourant to ethanolic suspensions of the SNPs and evaporating the solvent. Of their various formulations, a curcumin-doped SNP powder gave the best performance in terms of stability and visualised print. While a yellow powder might seem a difficult-to-see choice, this formulation is fluorescent due to the curcumin (λex = 420nm) and its yellow–green emission is easy to see in a dark setting. When compared with a commercial fluorescent powder, the researchers report that their curcumin-doped SNP powder performed as well as the commercial version or better. Illuminating results from trash-turned-treasure.