Being ‘foreign’ in a foreign land 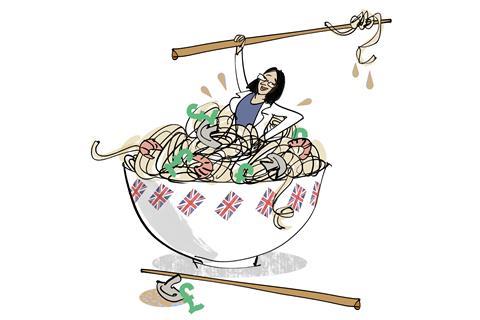 When I was a kid, I always felt like I needed to leave the nest. Where would a fledgling go? Growing up in a British-colonised country, I went with the obvious choice; many have talked about the better quality of life and education in the UK, but rarely were negative experiences ever mentioned (apart from the usual homesickness). There has never been much attention or conversation around the negative experiences of international students studying in the UK. But foreign students carry heavy baggage before we even step foot onto a foreign land.

By my first day, my checklist of the things I needed to achieve during my undergraduate degree was many times longer than a local student’s. I wished I could just study well and pass my exams to get a degree. So much long-term planning had to go into ensuring that I could secure a job in the UK after graduation by standing out from my local peers in the job market. Even if you are best fit for the company, visa restrictions require employers to prove that they could not hire anyone local, something that is very difficult for companies to prove. I sacrificed every summer holiday to do paid (and mostly unpaid) internships during my undergraduate degree.

In addition, there’s the mountain of hidden guilt that privately funded international students carry on their shoulders: the four years of financial debt owed to our parents, amounting in my case to over £80,000, with no eligibility to apply for UK loans; the precious time lost with loved ones that one could never claim back; the pain when more strands of our parent’s hair turn grey with every video call. Bouts of homesickness kick in randomly throughout the day; the number of times that I have spontaneously broken down in public are uncountable.

Finance is the biggest source of anxiety for most international students; we can become calculative, reserved and selfish. I paid twice as much in fees than local students, yet I know nothing about what the extra money pays for. On top of this, food is far more expensive than in my local currency: buying a bowl of noodles would cost me £1–2 when I eat out back home, but it costs around £10 in the UK. It would not surprise me if many have starved themselves at least once to save money, as I have. Part-time jobs are the only solution, but that led me to a physically and mentally unhealthy 14 hours per day of combined study and work.

‘Wow, you’re so hardworking’ is a statement that almost every international student has heard at least once in university. We have to be; we are at a disadvantage in terms of language, familiarity with the education system and environment, and most importantly, support. Counselling is widely available throughout universities, but there is only so much that counsellors can help with. The starting line for the race to the finish is much further back for international students than for locals. Even with the best university support, that fact will never change.

Family support for us is limited to computer screens. The video calls we have at odd times throughout the day (due to time zone differences) mostly help nudge us to hang on a little bit longer. But that will never contend with the luxurious accessibility that local students have to their families. The jealousy is unreal. Christmas is, in fact, the worst time of the year. Not all of us can afford an expensive long-haul flight back home. I am fortunate to have met two kind-hearted hosts who took me under their wing during holidays and taught me how to integrate into British culture. I am grateful for the University of York to have organised such a programme and I would highly recommend other universities to follow their steps.

Not all my experiences were so welcoming. First impressions are the most lasting. Hence, universities pour money into events to welcome new students. But as a non-drinker, these made me feel like an outcast. I wasn’t prepared for alcohol to play such a major role in socials or even society-led events. The consequent culture shock led me to avoid most socials throughout my degree, further exacerbating my loneliness.

Integrating into a culture is never easy to achieve in a short span of three or four years when you have lived with your own since birth; it’s much more complicated than simply knowing that British people complain about the weather a lot. However, there’s also another aspect to my feeling of not belonging. If universities really want to be inclusive and help international students integrate into their local student community, they should tackle the elephant in the room – cultural insensitivity. A potential solution that universities could introduce is a culture awareness workshop for all students and staff to introduce them to the ‘cultural iceberg’.

We mostly see a small portion of someone’s culture based on visible aspects such as clothing, appearance and speech. The anthropologist Edward Hall suggests that the only way to learn the culture of others is to actively participate in their culture. An alternative and more feasible option would be a short course that provides a glimpse instead into how some cultures interpret sentences or scenarios in a different way. International students could also have an opportunity to contribute their culture to the development of such a programme. The University of York trialled a workshop along these lines, which I participated in. As an international student, I initially thought that the workshop was meant for locals to understand and learn about the cultures of international students. However, surprisingly, I learnt just as much as they did.

Despite all the challenges international students face, some of us would still call the UK our second home. I have enjoyed living in the UK for the past six years and formed many happy memories and friendships. But that life has not been without its difficulties. This article is merely a reflection of the four years of silent suffering as an international student that I have endured and shied away from acknowledging.

I would like to express my heartfelt gratitude to Fiona Dickson, a Fellow of the Royal Society of Chemistry, and her husband, Ian Maynard, for supporting me as my second family then and now.