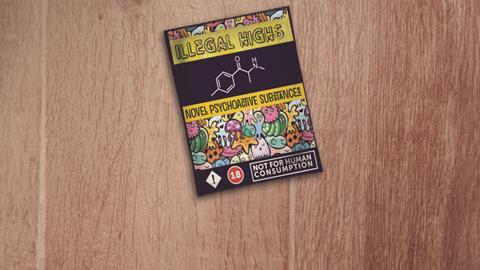 Drug misuse is a complex issue, with no easy answers

Chemistry is constantly changing the world. Chemists design and synthesise new molecules and materials, and as they go off into the world and interact with each other, they shape our lives and our environment; our culture and our society.

The complexity of those interactions means that part of chemistry’s charm, and frustration, is that we still don’t truly know what effects a molecule will have until it exists. And then we find out through experiment – whether deliberate or inadvertent – what physiological or environmental or societal effects the new knowledge has. History is filled with examples.

John Scott Haldane explored carbon monoxide’s effects by poisoning himself, and his findings made mining safer (though at some cost to canaries); Thomas Midgely developed Freon as a less toxic refrigerant, which also gave us a hole in the ozone layer and environmentalism; Stephanie Kwolek developed a polymer for lighter tyres to keep cars running during a petrol shortage, but it saved the lives of countless military and police personnel; Albert Hofmann forgot to clean his hands working in the lab and took the first acid trip, and his work was enthusiastically adopted by 1960s counterculture in the US.

Recently, a new group of molecules has gained notoriety in the media and society – novel psychoactive substances (NPSs), or ‘legal highs’. This is a growing collection of chemicals produced by ‘clandestine chemists’ that are designed specifically for recreational use, and also designed to evade the letter of drug control laws, if not the spirit. With global networks of trade and information as the catalyst, they have quickly grown to the point where the issue is affecting society around the world, and society is taking notice. In 2016, the UK government drafted the Psychoactive Substances Act as a direct response to the issue.

Legislative approaches have often struggled to control narcotics use and defend society against the damage of drug abuse and addiction, and legal highs make the job even more difficult. The most popular drugs of abuse are still the usual suspects – cannabis, cocaine, amphetamines – with mature production and supply routes, but any forensic lab in the world can test for them with relative ease. NPSs on the other hand are being designed and produced faster than agencies can identify them. From 2008–2016 around 600 new substances were reported to the UN Office on Drugs and Crime, entering and disappearing from the market all the time.

The responses to NPSs are complex and heterogeneous. Some governments, such as the UK, have chosen to enact blanket prohibitions, others favour assessment by harm, still others are electing to wait and see. Forensic chemists are being called upon to support health services and law enforcement agencies facing the challenge of unknown substances with unknown effects. Some scientists complain that over simplistic bans are impeding legitimate research and limiting development of drugs that could have real benefit. Still others argue that this is all further proof that more progressive drug policies are needed – remember that these drugs are a consequence of drug control laws themselves. Our feature on the subject takes an in-depth look at the complexities of the issue.

Stories about chemistry solving problems are easy to tell. When chemistry is the problem, it’s tougher, but no less important. This story shows how the interdependence of chemistry and culture has effects that can be difficult to predict, and that there are no easy answers to the questions it poses. As the feature notes – once knowledge exists, it can’t be destroyed, it will be shared and used. And for better or worse, the world is changed.