It is probably fair to say that for all its crucial importance to the smooth running of society, accountancy seldom generates great excitement or wide acclaim

It is probably fair to say that for all its crucial importance to the smooth running of society and the level of rigour that it requires, accountancy seldom generates great excitement or wide acclaim. Before anyone objects, let me point out that the Wikipedia entry includes not a single name, nor is there a ’list of famous accountants’. This is in sharp contrast to most academic disciplines - where personality counts for more than we sometimes admit. 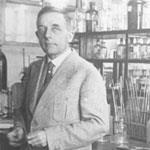 But before we get too snooty, it is worth remembering how crucial careful book-keeping has been to so many of the major concepts in chemistry, from stoichiometry to thermodynamics. In biochemistry, one vital accounting tool - Warburg’s manometer - stands head and shoulders above the rest, because it revealed the true beauty and interconnectedness of the metabolic pathways that drive life on earth.

Otto Warburg was the son of a leading German physicist, Emil, who was on friendly terms with Albert Einstein and worked with Max Planck. Through his father, Otto met many of the greatest scientists of the day. He studied with Emil Fischer, making the first chiral peptides and studying their hydrolysis.

Warburg was meticulous, patient and technically brilliant. He moved to Heidelberg in 1906 to study medicine, and developed an interest in respiration, often using sea urchin eggs in his studies. It was an astute choice because of their particularly fast growth.

Up to this time respiration had been studied rather clumsily by titrimetry. In 1910, the English physiologist Thomas Gregor Brodie improved on John Scott Haldane’s blood gas analyser (see Chemistry World, August 2010, p68). He connected a small flask directly to the manometer, ditching rubber tubing. The reagent chamber was built into the stopper of the flask; turning the stopper released the reagent onto the sample. He also stiffened the device to allow shaking in a thermostatic bath while the fluid - not mercury but the much less dense, so more sensitive, sodium chloride with a little bile salt - rose or fell. 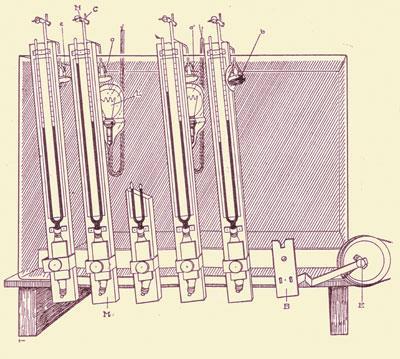 Over the next few years Warburg would further refine the method to study respiration in slices of tissue only a few cells thick. He showed how the rate of respiration of his sea urchin eggs accelerated six-fold after fertilisation. His discovery that cyanide and CO were potent respiratory inhibitors led him to conclude that metal ions lay at the heart of the chemistry.

At the outbreak of the first world war, Warburg - who was a keen rider - volunteered for the elite Uhlan cavalry regiment and went to the front. It was Einstein who begged him, on behalf of family and friends, to return to academia before he was killed.

Warburg returned to Berlin’s Kaiser Wilhelm Institute in Dahlem, where, in spite of an autocratic and controlling style, he rapidly attracted some of the brightest and the best students to work with him on all aspects of biochemistry. His studies of respiration led him to believe that these processes held the key to understanding cancer. 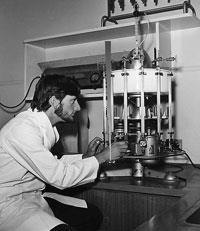 Although fiddly to use, Warburg manometers were the mainstay of biochemical analysis for decades

His brilliant and methodical work led to a Nobel prize for medicine in 1931. Yet even as his fame was at its height, some of Warburg’s Jewish co-workers began to suffer from discrimination, while Warburg, perhaps because of his cancer research, was reclassified an Aryan. One by one, his colleagues left Germany. Among them was the young Hans Krebs, who sailed to England in 1933 with a precious cargo of 30 manometers. Krebs began monitoring the effect of adding a variety of known respiratory intermediates and enzyme inhibitors to his slices of cells. After dozens of seemingly contradictory experiments, Krebs realised that the respiratory process must be a cycle passing through eight distinct intermediates, rather than a chain. The citric acid cycle would become the central nexus of biochemical physiology, and earn him the 1953 Nobel prize in physiology.

Warburg struggled on through the Nazi period, the disasters of the second world war, and beyond. As he aged, Warburg’s interest in cancer began to border on the obsessive. He became increasingly rigid and eccentric, worried about his diet, and was an early adopter of organic food.

But his manometers, used for scores of different assays, remained a fixture in biochemistry labs for decades, only falling out of favour with the advent of gas-sensitive microelectrodes. Warburg, Krebs, and the rest were biochemistry’s forensic accountants. And like Frank J Wilson before them - the only accountant I can think of - they got their Al Capones.