Chemistry cannot all be reduced to physics, argues Philip Ball

Chemistry cannot all be reduced to physics, argues Philip Ball

The idea that chemistry is just a branch of physics could be discerned in the early days of nuclear science, pioneered by chemists such as Marie Curie who began to realise that the study of radioactive elements took us inside the atom. It was the physics Nobel prize that was awarded to the Curies and to Henri Becquerel in 1903 for their work on radioactivity, and perhaps something of a rearguard action five years later when (to his amusement) the chemistry Nobel committee claimed Ernest Rutherford for themselves. But once it became acknowledged that the organisational scheme at chemistry’s heart, the periodic table, was arranged according to the charge on the atomic nucleus - an idea proposed in 1913 by Anton van den Broek - it seemed that physics was about to take command. 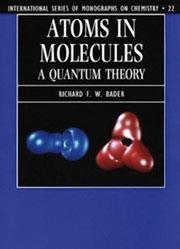 Yet conquering the chemical bond with physics did not prove so simple. For one thing, Linus Pauling’s ’valence bond’ theory was only an approximation, and not unique. I argued recently that since then the picture of chemical bonding has become both more refined and more ambiguous, for example due to the discovery of new modes of bonding, new quantum-chemical techniques, new experimental probes of bonding, and the need to consider dynamics.1  Some researchers feel that as a result there is something necessarily arbitrary in how we talk about chemical bonds, depending on how we choose to define and measure them.

There is another point of view. Over the past several decades, Richard Bader (now at McMaster University in Canada) has striven to cut through the fuzziness of notions of chemical bonding with a theory called the quantum theory of atoms in molecules (QTAIM)2, that offers a unique, rigorous criterion for whether atoms are bonded.

Bader feels it is unhelpful to talk about ’chemical bonds’. He says: ’a "bond" is neither measurable nor susceptible to theoretical definition and means different things to different people.’3 Instead one should ask whether two atoms are bonded. This is so, he says, if a force is required to separate them. Such atoms can be shown to be connected by a ’bond path’ between the nuclei, evident by the presence of a ’bridge’ in electron density with a ’critical point’ where the gradient of the density is zero.

All the familiar modes of bonding can be described using QTAIM, and distinguished by the way the electron density is distributed in the ’atomic’ basins. Given this impressively unified picture, its proponents might argue that the theory is the ’something bigger’ that theoretical chemist Charles Coulson suggested in 1970 might be needed to replace the simple notion of a chemical bond.4

Bader claims that, via QTAIM, ’all of chemistry is reducible to physics and mathematical description.’ But theoretical chemist Roald Hoffmann disagrees: ’I believe the most interesting ideas in chemistry are not reducible to physics.’ He considers the fuzziness of ideas about chemical bonding to be a strength rather than a weakness.

Even if this is a philosophical question without a definitive answer, it is worth grappling with since it speaks of what chemistry is about. On one level, the claim that ’all chemistry is physics’ makes the fundamental error of imagining that chemistry is about developing a theory of how atoms unite, as opposed to a practical science of making molecules and materials of which theoretical descriptions are a small part. And as Denis Noble explains in his elegant book The music of life, the idea that physical processes are explained by an extreme reductionism that focuses on their basic components can be plain wrong. Biochemistry, for instance, is not exhaustively explained by an account of the bonding between the atoms involved.

The usefulness of QTAIM seems unassailable, especially for crystallographers aiming to reduce a scattering pattern to a picture of atoms and their interactions. Yet it challenges some cherished notions about bonding, implying that one must regard, for example, helium dimers held together via van der Waals forces as chemically bonded (which makes the inert gases not inert at all). Bader’s question of why we should arbitrarily exclude such interactions from true bonding must be taken seriously.

But QTAIM does not always supply a self-contained explanation for what it observes.5 And the theory is still reduced to traditional concepts of bonding and structure before it can partake in chemical dialogue. These are an essential part of the conceptual toolkit for practising chemistry. Chemical bonds may be as fuzzy as the notion of ’species’ in biology, but it’s still essential to make distinctions between organisms.