Researchers must consider how sensors can be manufactured reproducibly from the outset, and not as an afterthought, argues David Walt

Researchers must consider how sensors can be manufactured reproducibly from the outset, and not as an afterthought, argues David Walt 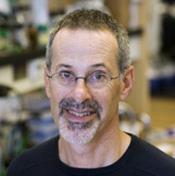 If sensors cannot be prepared reproducibly in bulk quantities for widespread use, then they are simply research tools and will be relegated to niche applications. There are all too many scientific publications where the authors include a perfunctory statement that the work presented will be useful for preparing sensors, without considering how they will eventually be manufactured.

Sensors are vital for applications as diverse as security, diagnostics, chemical and bioprocess control, food quality, and environmental monitoring, and it is essential that they can be made both reproducibly and in large quantities.

Virtually every sensor made today is different from the sensor made before it and after it. This difference is due to slight variations in the quantity and composition of the materials that go into the sensor. For example, slightly different amounts of polymer or metal comprising a sensor, or different surface roughness between sensors, can change a sensor’s performance. Trace impurities introduced during the manufacturing process can also alter its properties.

To cope with this variability, most sensors require two-point calibration in which two measurements are made to define a sensor response slope. For example, thermistors are tested at two different temperatures, while glucose sensors are calibrated using two different concentrations of the sugar.

With few exceptions, calibration must be performed at the site of use by the user. It is rare for the manufacturer to perform calibration. But as sensors become more commonplace, calibration will either have to be eliminated completely or performed by the supplier.

Once sensors begin to see widespread use, there are several reasons why end users in the real world cannot be expected to perform that calibration. It may be too difficult to take the calibrating solution or vapor to the site of use because they may not transport well. In addition, the calibration procedure may require controlled temperature or other stringent conditions, and may also be too time-consuming.

Although a simple carbon dioxide sensor may be relatively easy to calibrate, in many cases the nature of the substance being measured is not so easily quantifiable. For example, consumers may want to determine the quality or freshness of a particular food.

In these cases, a single sensor will not solve the problem - arrays of sensors must be used. These types of sensors would require complex calibration by exposing them to many different foods and sending a calibration profile along with the sensor.

Even more sophisticated calibration would be required to train sensors to recognise such qualities as health status or toxicity. First responders (police, fire fighters, or emergency medical personnel) to a potential terrorist attack may need to rapidly determine whether a particular substance poses a danger: a white powder in a locker, or an unusual smell at a subway station. In these cases, the identity of the substance is completely unknown.

Calibration cannot be performed in these situations because there are potentially dozens of known chemical warfare agents and hundreds or thousands of possible compounds that could be used in such an attack. Any useful sensor array would have to be pre-calibrated by the supplier, and this procedure would be a significant challenge if sensors were made in their millions.

Consequently, it is essential that attention be paid to developing manufacturing processes that result in reproducible sensors, thereby eliminating calibration for all but a few sensors in the lot.

Designing sensors for manufacturability must be performed at the outset rather than as an afterthought. Only when we develop such reproducible sensors will they become pervasive tools for improving our quality of life by helping us understand our living and work environments, monitoring our health status, and improving the efficiency of our production processes.

David Walt is Robinson professor of chemistry at Tufts University, Medford, MA, US