The Wellcome Trust is one of the largest science funding bodies in the world. Sir Mark Walport, the trust's director, tells Phillip Broadwith how it spends its money

The Wellcome Trust is one of the largest science funding bodies in the world. Sir Mark Walport, the trust’s director, tells Phillip Broadwith how it spends its money

What kind of projects does the Wellcome Trust fund? 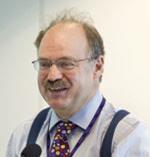 The vision of the Wellcome Trust is to achieve extraordinary improvements in human and animal health, and in order to achieve that we want to support the brightest minds. At the end of the day, science is about asking important questions, and the best science is done by imaginative researchers who are able to identify tractable questions and attack them from every direction.

Our second focus is on accelerating the application of research, and there we’re unusual as a funding body in that we also fund the exploration of science in its cultural and historical context.

How does being an independent charity affect the trust’s funding decisions?

There are two main advantages of independence. The first is that we are free to support excellence wherever we find it. The second is that it gives us a longer timescale - we’re not subject to political cycles so we can make long term decisions and are in a position to award large grants.

A good example of this was the Wellcome Trust’s ability to fund the sequencing of a third of the human genome [at the Sanger Institute in Cambridge, UK, through the international Human Genome Project]. (To read more about some of the genomics research being carried out at the Sanger Institute, see p56.)

The UK government is proposing budget cuts for the research councils. How would such cuts affect the Wellcome Trust’s funding policies?

Funding cuts will obviously make the UK environment more competitive, but clearly we’re not a substitute for government funding. We will continue our ruthless focus on excellence, funding projects where the science is strong and our funds can be used most effectively. Our tendency has been to make our grants longer, because if people are going to tackle tough problems, they need the time and resources to do it.

What is your view on the research councils’ increasing requirement for researchers to justify their research in terms of its ’impact’?

For us, it’s more about the quality of the scientists and the questions they ask.

We look at projects in terms of ’what is your question, and why is it important?’ You can never predict the impact of a piece of research, but clearly you’re more likely to have an impact if you discover something that is completely unknown.

Where does chemistry fit into the Wellcome Trust’s strategic plan?

All of life is ultimately a mixture of chemistry and physics, so inevitably there’s a large amount of chemistry in the general portfolio we fund. We currently have over 50 grants with chemistry as a listed discipline, with most of those relating to chemical biology and drug discovery, from chemical probes to translation and development of marketable drugs - particularly in the area of neglected diseases. Malaria is a good example: we are the largest funder of malaria research outside of the US, supporting a variety of projects. We fund drug discovery research at the University of Dundee and through the Medicines for Malaria Venture, but scientists we fund in Laos have also been working with Interpol to identify fake antimalarial drugs, where chemistry is an important tool.

The Wellcome Trust has traditionally invested heavily in research infrastructure. How is that set to continue?

The UK punches very much above its weight scientifically, and it’s important to keep it there. For that we need national research facilities that are fit for 21st century science. Two recent examples of the trust’s involvement would be our collaboration with government at the Diamond Light Source synchrotron, and the ChEMBL open access drug discovery database [to which GlaxoSmithKline recently contributed data on 13 500 hit compounds for malaria]. Looking forward, we saw a great opportunity to help set up the UK Centre for Medicine Research and Innovation (UKCMRI) in London. UKCMRI will not only be a place where science of the highest quality is done; one of its most important roles will be in training future generations of scientists.