When it comes to scientific advice, we should let the experts speak and improve our understanding of risk, says Síle Lane

In the months leading up to April 2009, a region of central Italy had seen an increase in seismic activity. In the face of several false alarms, seismologists advising the Italian government through its Major Hazards Committee met to review the evidence. They concluded that there was no reliable predictor of earthquakes and despite the small-magnitude events in the region, the probability of a major quake remained low. Then, on 6 April, the city of L’Aquila and several towns nearby were struck by a devastating quake that killed more than 300 people and destroyed 20,000 buildings. No one has disputed the seismologists’ conclusion that it was impossible to predict such an event, but the Italian government’s response was to try them for manslaughter. They were sentenced to six years in prison. 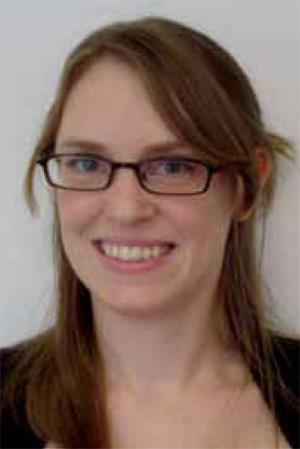 As Steve Fuller says in his article, the severity of the sentence the judge gave the seismologists reflected the public feeling that the consequences of the scientists’ advice deserved punishment. But Fuller says the scientists’ error was that they ‘assumed that they knew best how to interpret the data’. This seems to imply that the scientists could have escaped jail if they had put the data and evidence they were considering out there for the public to make up their own mind. If only they had allowed the public to find one of the ‘alternative ways of interpreting the facts and theories’ they may have been fine.

Fuller’s solution is that the public should forego the interpretation of experts and make their own conclusions from data. Of course, we should all ask questions about the status of evidence for every claim or policy decision we see. But not even policy makers in Italy want to take scientists’ interpretation out of the loop entirely. ‘Scientists give opinions, politics decides,’ said Italian Minister of the Environment Corrado Clini the day after the seismologists’ conviction. The need for independent scientific advice has been given formal recognition by the UK government and principles for the treatment and commissioning of independent scientific advice became part of the ministerial code in 2010. That means the government has written codes to ensure it asks for and considers scientist’s interpretation of evidence.

We don’t know yet what impact the seismologists’ conviction will have on the willingness of experts to offer advice to governments but it seems likely that the effects can only be damaging. When David Nutt contradicted the UK government’s interpretation of data for the safety of ecstasy, he was fired from his advisory role. Five more members of the committee resigned in protest and many others declared they would not advise the government again. In Italy, the head and two members of the Serious Risks Commission resigned the day after the seismologists’ conviction was announced.

What we do know is that, whether it’s an earthquake or an epidemic, when the flow of scientific advice is hindered people pay with their lives. Science is founded on a collaborative, open exchange of ideas to move towards a true picture of our world and to develop a picture of what is likely to happen. We depend on scientists, often at fraught moments where lives are at stake, being willing to assess the evidence and speak the truth to those in power, as they see it, with all the uncertainties and in the context of what has gone before.

Making decisive policy interventions on the basis of uncertain advice is a problem for politicians and I agree that scientists need to be aware of this. There is clearly an issue in the L’Aquila case about how scientific uncertainty is communicated, but criminal conviction is not the way to improve it. Instead of criminalising scientists, governments should work on understanding and communicating uncertainty when acting on scientific advice.

I suspect that Fuller’s opinion that the scientists in this case behaved in a paternalistic way may be fair. But treating them as criminals or allowing the community their revenge is not a good plan to resolve that.

Síle Lane is director of campaigns at Sense About Science