The public: clients of science?

Should scientific advice inform or instruct? Steve Fuller says scientists should stick to the facts and let the public decide

In October 2012, an Italian court sentenced six seismologists and one politician to six years in prison for manslaughter, based on what turned out to be false assurances about an earthquake that left over 300 people dead, 1600 injured and 65,000 people homeless in L’Aquila, a district that is normally home to 100,000. To be sure, the scientists stated quite clearly – and accurately, given the best evidence available – that the earthquake was highly improbable. But of course, it is in the nature of improbable events that they happen every so often. Rather more damningly, the experts appeared to have spun this improbability as an assurance of security. The judge, whose verdict reflected public opinion, stressed that the severity of the punishment stemmed only from this advice and not the original probability estimate. 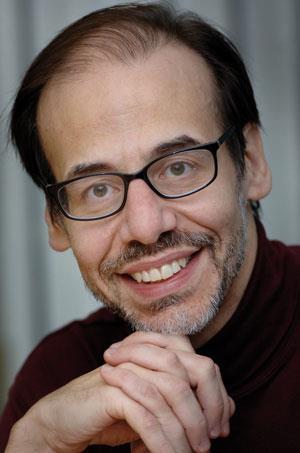 The scientific community was quick to express outrage, with Nature leading the charge by claiming that henceforth scientists would be reluctant to speak their minds freely in public settings, especially ones that might bear on policy. Italy’s relatively poor track record in research funding was brandished as a symptom of science’s low national esteem, which in turn made the seismologists an easy target for populist rage. However, this analysis itself is a bit too easy. I agree that the fault lies more squarely with the public, but the reasoning that leads me to that conclusion differs radically from that of the editors of Nature.

There is a ‘plague on both your houses’ character to this unfortunate turn of events. On the scientists’ part, there is a paternalistic attitude that makes them forever susceptible to political manipulation. In this case, the scientists assumed that they knew best how to interpret the data and so, prodded by politicians, emphasised the low probability of catastrophe to mitigate what they believed would have otherwise been an irrational public response. But is the public not entitled to draw their own conclusions and, if necessary, learn from their own mistakes? Of course. And this leads us to the blame that must be apportioned to the public: unreasonably expecting scientists not simply to inform but also to instruct them.

Despite the lip service paid to the virtues of secular democracy, the extent to which the public trusts blindly in research scientists rivals medieval deference to priestly authority. Such trust does not normally extend to, say, meteorologists, economists or perhaps even physicians. In each of these cases, people understand, however vaguely, that there are alternative ways of interpreting the facts and theories on the basis of which the scientists base their judgements. Through repeated daily exposure, much of the jargon of these fields has become integrated with ordinary talk, albeit often in ways that make professionals squirm. The advent of the internet has only amplified this process, which in many respects reflects what happened 500 years ago once the Bible was made available in languages understood by the populace.

Unsurprisingly, very much like Catholic theologians during the Protestant reformation, some scientists have complained that this availability of information has only served to foster misunderstanding and charlatanry. Without wishing to deny that possibility, I would observe that the public appropriation of scientific facts and concepts, however wrongheaded or bizarre it may seem to professionals, results in a public more willing to take personal responsibility for the decisions they make about whether to carry an umbrella, invest in a company, undergo a treatment or, indeed, evacuate a town. This permits scientists to speak freely about their research without fear that they might be held liable for the consequences of what they say. In effect, the interpretive burden has been shifted to an audience presumed to be engaged and intelligent.

Ideally, the public would continue to fund scientific research but not be bound by the scientists’ own interpretation of their findings. Of course, interesting legal questions arise about exactly what scientists should be required to say so that people can draw reasoned conclusions. But in principle, these questions are no trickier than those relating to any client-based transaction: the client pays to receive relevant information that he or she might not otherwise possess but is then free to decide what to make of it. Homeowners should be ‘free’ to ignore the advice of seismologists in exactly the same sense that patients are ‘free’ to ignore the advice of their physicians, and thrive or suffer accordingly. Once we reach that state of moral parity, then we can claim to live in an enlightened secular democracy in which scientists need not fear that they will be imprisoned for speaking the truth as they see it.

Steve Fuller is professor of social epistemology at the University of Warwick, UK

Sile Lane’s counter-argument, Decisive uncertainty, is online and on page 41 of the January print issue.