Julia Higgins discusses gender diversity in the sciences, what has been achieved and what still needs to be done

This year, the Royal Society, funded by the Department for Business Innovation and Skills, and in parallel with the Royal Academy of Engineering’s diversity scheme, has set out a programme to understand and address diversity in science. The programme will give an authoritative resume of the state and knowledge of diversity in the scientific workforce, and the importance of increasing it, but it will also help to identify and reduce barriers to entry, retention and progression within the workforce. The final report is due in 2015, but the ideas that are already emerging form the basis of this article. 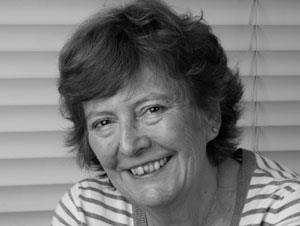 For many of us who have been deeply involved in encouraging and supporting women in science and engineering, the word diversity raises, above all, the gender question. Of course, diversity is much broader than gender, in fact there are nine so-called protected characteristics in UK law that represent diversity. However, the sheer number of schemes focused on gender in science suggest that achievements here may be a good starting point for a discussion on diversity problems.

First one must ask if there is a problem – or, in the case of gender, is there still a problem? Dorothy Hodgkin remains the only female Nobel prize winner in the UK, and only about 4% of current fellows of the Royal Society are women, although the longer term trend has seen women account for around 10% of newly elected fellows since 2000. The ratio of women holding professorships in the sciences in the UK is about the same. One could argue this is the legacy of decades when girls were neither encouraged nor supported in studying science, and that the current rates of election of women to academies (13% to the Royal Academy of Engineering and 21% to the Royal Society this year) indicate progress. However, the Institute of Physics has recently published statistics showing that in about 50% of mixed state comprehensive schools no girls were studying A-level physics. These girls of the next generation have effectively shut the door to studying and working in many sciences.

But does it even matter if women don’t join or don’t stay in the scientific workforce? Of course it does. First, it is a natural injustice if women miss out on an education that provides the widest possible range of careers. Also, we are constantly informed of a serious shortage of technically literate, qualified job applicants, so halving the population that might apply for such jobs is at best wasteful and probably nearer to disastrous. Finally, one only has to cast an eye over the mass media to see the potential for an undereducated, scientifically illiterate population to be swayed or misled – consider the MMR scandal or the opposition to genetically modified crops. An educated electorate is essential to a modern democracy.

Thus, education is manifestly the crucial starting point. Those children who do not respond to certain teaching methods, or are deprived of good science teachers, or do not receive appropriate careers advice or have adverse parental pressures will drop out of science. Under the UK’s current education system, this could be at the age of 16. And finding a way back is exceptionally difficult. The shortage of specialist science teachers in primary schools, the acute shortage of physics teachers in secondary schools and the serious deficiencies in relevant and timely careers advice to young people are all crucial factors. Some progress is being made, but too slowly. I believe the aim should be to recruit, train and maintain a high level of specialist science teachers for all schools starting at primary school, and to provide appropriate and inspirational science education up to the age of 18.

However, education itself is not enough. In chemistry, where undergraduate gender parity has existed for at least a few decades, the pipeline is still leaky. The numbers of women staying in careers in chemistry decline steadily after graduation.

The Athena Swan Charter and awards were set up in 2005 to help raise and address this issue. These awards recognise the progress universities and departments make in supporting their female research and academic staff. The first two gold awards went to chemistry departments (at York and Edinburgh), just a decade or so since the first women professors in chemistry were appointed. Moreover, in obtaining these awards, the departments address issues that benefit all staff,  creating a more supportive environment for all.

Of course, academia represents only a small fraction of the workforce and so we must learn from this to increase diversity in the wider scientific workforce. A recent report from the Women’s Business Council made two recommendations that are key to our wider diversity definition: to broaden young people’s aspirations and job choices before the start of their working lives by increasing partnership between schools, business and parents; and for businesses to embrace flexible working and to support working parents.

Julia Higgins is professor of polymer science at Imperial College London and chair of the steering group for the Royal Society’s diversity project ‘Leading the way: increasing diversity in the scientific workforce’