It's been a long time coming, but the European Reach legislation has finally been settled, and should come into force progressively from June 2007 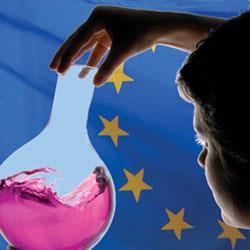 It’s been a long time coming, but the European Reach (registration, evaluation, authorisation and restriction of chemicals) legislation has finally been settled, and should come into force progressively from June 2007. Acres of forest have been consumed in preparing each draft of the negotiations - and in the newsprint that has followed their twists and turns.

The effort to map out the largest and most complicated piece of legislation in the EU’s history has often been portrayed superficially as an all-out battle between environmentalists fighting to save the world, and industry fighting to save the profits of rapacious, cigar-chomping fat cats. The truth is, of course, far more subtle. All parties agreed that an overhaul of chemicals legislation was needed. Previous regulations were a hotchpotch of 40 different directives, which tended to gloss over risks of chemicals in widespread use before 1981, yet set heavy testing requirements for new substances produced in quantities as low as 10 kilograms a year.

Reach is a compromise between improving protection for human health and the environment, while boosting the competitiveness of the EU chemicals industry. Under the new regime, it will be industry - not public health bodies - who must demonstrate that any products manufactured or imported in tonne quantities are safe enough for use. Wrangles about what ’safe enough’ actually means have been just part of the negotiating process, which has seen frenzied lobbying by stakeholder groups (see Chemistry World,  November 2006, p10). Environmental campaigners think that Reach does not go nearly far enough, because the final compromise does not explicitly force manufacturers to replace around 1500 ’substances of very high concern’. Instead, industry will have to get special authorisation to sell them; or replace them if suitable alternatives exist; or submit R&D proposals to show that they at least have a strategy to get rid of the nastiest compounds.

The European Commission estimates that the direct costs to industry as Reach is phased in over the next 11 years will be about €3 bn, but that the public health benefits could value €50 bn. These figures are (naturally) vigorously disputed - it may take decades before the true amount becomes clear. The largest chemicals manufacturers will probably take these costs on the chin, but the biggest impact will be felt by downstream users of chemicals, such as the manufacturing industry. They will have to provide extensive details about how the chemicals are being used, to be incorporated into registration submissions. The expense of complying with Reach will also hit smaller companies especially hard: some chemicals will almost certainly not be worth registering, and may become unavailable.

The workability of Reach will only become clear once users try to make it work - the first few submissions will undoubtedly be important test cases. Since there are still too many uncertainties about Reach to predict the extent of its impact, the chemicals industry has a worrying decade ahead of it while legal wrinkles are ironed out, and investors may adopt a ’wait and see’ policy before committing funds to new European manufacturing. The story of Reach is far from over - watch this space for updates from the front line.