University science education has received a significant boost with the announcement that the Higher education funding council for England (Hefce) will provide an extra £75 million over three years for courses in chemistry, physics, and materials and chemi

University science education has received a significant boost with the announcement that the Higher education funding council for England (Hefce) will provide an extra ?75 million over three years for courses in chemistry, physics, and materials and chemical engineering. 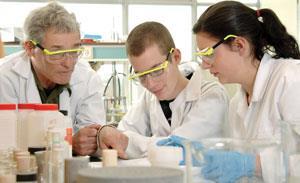 The additional funding is estimated to be worth about ?1000 a year to each undergraduate student, and will become available at the beginning of the 2007/8 academic year. Pledging the cash on 8 November, David Eastwood, Hefce’s chief executive, said that it would help to meet an anticipated increase in demand from students. He also praised the work done by the RSC, Institute of Physics, and the Royal Academy of Engineering, in making strong cases for their subjects.

Although the money is welcome, it is very much a stop-gap measure. Funding for university science education still does not reflect the true costs of undergraduate teaching, and this cash will only redress that deficit in the short term. Hefce now needs to implement a new deal for cash-strapped science departments before the ?75 million runs out.

Over the last decade, the UK government has been relatively generous with its support for scientific research, and when Tony Blair declared that he was ’born again’ on the subject of science, at a speech in Oxford on 3 November, he sent a powerful message about his commitment to the sciences. But while university education may finally be catching up, secondary science education has been badly neglected. The point was driven home in a report on the subject by the House of Lords science and technology committee, published on 5 November. The review found that science departments were understaffed and poorly equipped, leading to a dearth of practical experience for students. Indeed, the RSC estimates that ?1.9 billion is needed to upgrade schools’ science laboratories. The peers were also concerned by the shortage of specialist science teachers, particularly in the physical sciences.

The review proposes a variety of measures to tackle the problem, including paying science teachers higher salaries than their colleagues, and replacing A-levels with a much broader diploma programme.

Many of the recommendations have been welcomed by science education campaigners, but there is no compulsion for the government to act on them. And although it may appear to be an attractive incentive, differential pay for schoolteachers is unlikely to happen without blood being spilt on the staff room carpet.

A more fundamental problems is that different stages of education - and hence education policy - are rigidly demarcated, where a holistic approach may be more successful. Indeed, the RSC’s Hefce-funded ’Chemistry for our Future’ programme is working to improve the interface between school and university chemistry. Only when sufficient funding is in place at all levels of education will the UK have a secure science base. After all, there is little point in propping up university science departments if there are no enthusiastic A-level students to fill them.