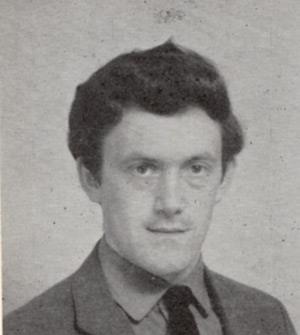 The Meldola Medal for 1969 has been awarded to Peter William Atkins in recognition of his work in theoretical chemistry with special reference to the theory of magnetic relaxation and of optical birefringence phenomena. Atkins worked for his PhD at Leicester with Professor M C R Symons on the application of electron spin resonance to the study of the structure of inorganic radicals. In 1964 he was awarded a Harkness Fellowship for postdoctoral work with Professor D Kivelson at the University of California, Los Angeles, and began to study magnetic relaxation phenomena. In 1965 he returned to England as Fellow of Lincoln College, Oxford and university lecturer in the Physical Chemistry Laboratory, Oxford.

Ed. In 2008 the Meldola Medal  was joined with the Edward Harrison Memorial Prize to form a new prize called the Harrison-Meldola Memorial Prize. Peter Atkins went on to write several well known chemistry textbooks that are widely used by students, as well as popular science titles including Atkins’ Molecules and Galileo’s Finger: The Ten Great Ideas of Science