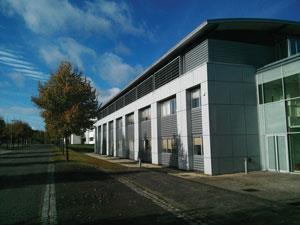 Two years on from its launch, British Biotechnology (BBL), set up in 1986 by former G D Searle employees Keith McCullagh and Brian Richards, can boast success in almost every area it has touched. Based in Cowley, Oxford, the company seems to have offers of collaborations flowing in as fast as they can be set up.  A further laboratory has been built alongside the existing one to house the overflow and to expand the facilities. A buzz of excitement engulfs the place, and the company is commercially shrewd and image-conscious. The aim of BBL is to marry synthetic organic chemistry, computer-aided drug design and genetic engineering to create new drugs to treat cardiovascular and inflammatory diseases. With the trendy name Designer Genes, BBL launched its first line of products in May 1987.

Ed. Despite this optimism, 10 years later a series of investigations into the company’s problems found that British Biotech, as it was now called, had wilfully misled the public about the progress of its proposed anticancer drug marimastat. The corporate politics behind the downfall of  the company was later recorded in a 2001 episode of the BBC2 series Blood on the Carpet. In 2003, British Biotech merged with RiboTargets and then into Vernalis