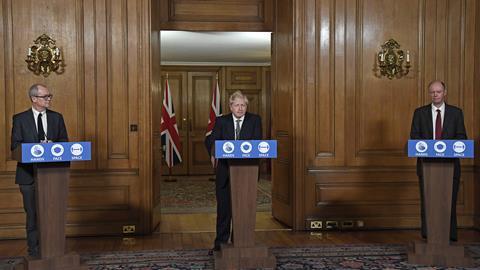 Politicians need to show more trust in the scientific method

For any journalist, PR wonk or public engagement guru, it is humbling that the entire population of the planet has been gripped by an entity measuring 125 billionths of a metre across that barely counts as a living thing. The resulting pandemic has triggered the greatest and deepest public engagement with science that we have ever witnessed.

Science is centre stage and revealing its guilty secret: yes, science quests for objectivity and the ‘truth’ (whatever that means) but ultimately it is done by people, with all their shortcomings and foibles.

We’ve had hopes raised and dashed by poorly-designed studies and high-profile retractions. Some groups have drummed up interest in their research through press release, while regulators have approved antivirals of dubious value.

Up close it ain’t pretty. Yet, overall, the scientific method has made amazing progress, with some proven treatments and 50 vaccines now in clinical trials.

However, there is one pressing public engagement issue – not a matter of public trust in science, but political trust in the scientific method.

When UK Prime Minister Boris Johnson opened his lockdown 2.0 press conference, he invited his advisors to ‘present the latest data’. Even though our televisions cropped their slides to make them all a bit baffling, what was most striking was not the way their heat maps glowed red but what the models warned was coming next.

As predictions in March had shown, an Academy of Medical Science report in July had documented and models again predicted last month, we were heading for a winter wave. Because science rests on theory as well as data, we could see the latest lockdown coming a mile off.

In modelling, science offers politicians a crystal ball, albeit one that is cracked. The accuracy of a model depends on how well we have captured reality in the form of mathematics, the quality of our data and our assumptions.

Yes, as the old joke goes, all models are wrong but some are useful – certainly useful enough to show the gist of what the pandemic will bring and challenge the headline narratives concocted by spin doctors and columnists.

Yet, even though the fate of the economy is inextricably linked with handling the pandemic well, it no longer suits ministers to ‘follow the science’. Under pressure, they have fallen back on pre-scientific thinking: waiting for a rise in cases, admissions and deaths to become overwhelming before acting.

Perhaps that is understandable. If, for example, a short lockdown had been successful in September, critics would have carped that the low death rate proved the measure had been unnecessary. As the prominent modeller Neil Ferguson of Imperial College London, told me: ‘Proving a counterfactual, what would have happened if you had not acted, is extremely difficult.’

Theory can be regarded as a mathematical narrative. However, some politicians have simply put their own narrative first, suppressing the data, insights and science that do not support it.

You can see this most vividly in America, where a report documented 47 instances in which government scientists had been side-lined, experts ignored or their recommendations altered. President Donald Trump even threatened to fire Anthony Fauci, the nation’s leading infectious disease expert.

Politicians don’t need to make lazy sideswipes at ‘those scientists’. Laboratory culture – nullius in verba, take nobody’s word for it – is rigorous enough to get to the right answers under its own steam. We need politicians to place more trust in the way science works.

To achieve that, we need more of them to, like Angela Merkel, have a science background. In this era of lazy hype about big data and AI, scientists also need to place more emphasis on theory, particularly in the medical sciences, where it is relatively lacking. We also need to see more of science correspondents and scientists, less of pundits and lobby correspondents.

The public need a clearer mental model of the pandemic. Public health messaging has been too prescriptive and rule-bound. Trusting the public with more insights into the nature of the risk, the behaviour of the virus and how to break down networks of transmission would be more likely to encourage behaviours that could end the spread of the virus.

When the nanoparticles have finally settled on this global health emergency, many more will be aware of how science really works. The scientific culture of scepticism, testing and provisional consensus can seem confusing but, in the long term, it will prevail.

In the wake of the pandemic, and with a safe, effective vaccine, the scientific method will be confirmed as one of the most significant achievements of our species: just look at its indisputable impact on everyday life, from the world wide web to the remarkable progress we have made in understanding and treating a disease that, a year ago, was utterly unknown.