Will GSK’s move towards licensing patents in developing countries, rather than rigidly defending them, improve access to medicines?

Pharmaceutical companies, perhaps more than many other industries, face something of a moral dilemma when it comes to selling their products. They hold the power to improve and often save the lives of millions of people, but they also need to generate revenue to continue operating and producing those products.

To most people, separating out which people can receive certain drugs based on their ability to pay feels cruel and immoral. That’s one of the central tenets of many national healthcare systems – if a drug is judged to work and be cost-effective it’s made available to rich and poor alike, and the state foots the bill.

But on an international level, whole populations can be deprived of medicines simply because they can’t afford them. Yes, companies set up access programmes and donate truckloads of drugs to poorer countries in high-profile campaigns. But the biggest problem with this approach is its piecemeal nature. For every drug that finds its way to the poorest patients, there are many others that don’t, and the geographical lottery remains.

[[The model of licensing expensive drugs to local generics companies is gaining popularity]]That’s why it’s encouraging to see companies like GlaxoSmithKline (GSK) taking a more formalised approach to the issue. The company has said it will not file patents in the world’s least developed (as classified by the United Nations) and lowest income (as measured by the World Bank) nations. While it will still file patents in ‘lower-middle income’ countries, it will try to license its patents to local producers in exchange for a slice of royalties rather than rigidly enforce its intellectual property rights. Several other firms have also outlined similar policies for enabling access to their products. 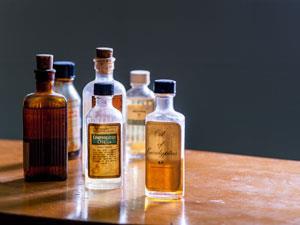 The logic of this approach seems sensible: companies should be able to extract sufficient revenue from developed markets to sustain their operations and profit margins, while satisfying humanitarian integrity in developing countries. But it is unlikely to bring sweeping change. Many of the poorest countries lack the infrastructure to manufacture their own generic drugs, and can already sidestep patents through international agreements. The revenue on offer to western companies in these countries is often too small to justify filing or defending patents there, anyway.

The most interesting impact of this policy shift will likely be in countries such as India, which has a thriving generics industry and increasing demand to treat ‘western’ diseases like heart failure, cancer and diabetes. The model of licensing expensive drugs to local generics companies is gaining popularity – for example with Gilead’s hepatitis C drug Sovaldi (sofosbuvir), which costs several thousand pounds per treatment in the US or Europe, but is available more affordably in 91 developing nations thanks to a licensing deal.

However, the scope of all of these schemes is subtly different, with different hoops for local manufacturers to jump through in the process. Some – including Yusuf Hamied, chairman of Indian generics firm Cipla – argue that it should be taken a step further. Hamied is calling for an automatic licence to produce generic versions of any drug for distribution in developing countries, provided a set royalty is paid.

It would take great political effort to establish such a universal system, and I doubt many companies would willingly relinquish so much control of their products. But even a slightly more unified approach to the problem will surely eliminate a lot of legal wrangling and improve countless lives.