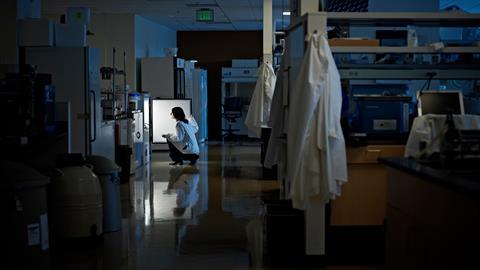 How long can scientists argue about how long they work?

If you’re looking for trouble, ask a bunch of academics how many hours they should work. The arguments, which have been raging for years, were reignited in February 2018 when psychologist Jay Van Bavel of New York University tweeted that ‘the average professor works over 60 hours a week’.

He wasn’t making a recommendation. Van Bavel was merely quoting the findings of a preliminary study by anthropologist John Ziker of Boise State University in Idaho, US, which asked 30 tenure-track and tenured academics to record all they did 24 hours a day for several days. The working week of the participants averaged 61 hours, and a relatively high proportion of that time was spent on administrative duties: 17% on meetings, 13% on answering emails.

Freedom to do more

Some claimed that the participants in Ziker’s study were either lying or very bad at managing their time. But the Twitter storm really took off when Yale sociologist Nicholas Christakis weighed in:

Christakis was widely accused of endorsing and encouraging the insane work ethic, although he argued that he was simply pointing out the realities.

The debate gained new impetus recently when chemist Lee Cronin of the University of Glasgow tweeted:

I think it’s more damaging to suggest it’s possible that anyone can do world class science in 38 hrs per week etc. This tweet will self destruct in ...

François-Xavier Coudert of the Institut de Recherche de Chimie Paris retorted that ‘Perhaps we need fewer people who focus on doing world-class science … the total productivity of scientists would be raised by more collaborative work in decent conditions.’

Cronin replied: ‘Why not let people have freedom to decide? I want to be honest about why I do science, & how much effort it takes for what I am driven to do.’ Coudert, in turn, argued that it’s precisely this freedom that is missing – because of ‘the pressure exerted by peers and the culture of “hours worked”, in many places’.

That’s the dilemma in a nutshell. How many people have the confidence – especially early in their career – to adopt a moderate (some would say healthy) work regime when everyone around them is in the lab around the clock? And who can feel sure that if they did, their prospects would not be adversely affected? ‘Is anyone seriously going to say, OMG stop?’ asked planetary scientist Shawn Brueshaber of Western Michigan University. ‘No, the pressure is ALWAYS in the direction to shame folks who work less.’

This culture discourages the kind of well-rounded individual who, having a life outside of science, might bring some desirable cognitive diversity to the field. And it most egregiously discriminates against people who aspire to have a family life.

At the same time, many scientists share Cronin’s passion for their work, and put in long hours because they enjoy the job and want desperately to crack the problem that’s literally keeping them awake at night.

Is that sustainable, though? It’s common for scientists to have spells in which their work consumes them – when, for example, they know they are on the threshold of a great idea or an experimental breakthrough. That’s normal for any creative work, and even if it might not be terribly healthy in the short term – your diet and hygiene might suffer – the payoff could be worth it.

But to work like this continually seems not only unwise but pointless. No one can sustain spells of genuine, intense creativity for a long time. Indeed, plenty of studies of working practices have shown productivity diminishing as hours get longer.

Long hours have only relatively recently become part of academic culture, as the authors of a 2015 study pointed out. They concluded that ‘while individual factors contribute to the long hours culture, these factors are shaped by cultural norms and pressures to cultivate a perception of the ”ideal academic” within an increasingly target-driven and neoliberal environment.’ In other words, academics are now expected not only to achieve measurable results but to be seen to be trying to do so. If you’re in the lab, no one can accuse you of slacking.

Long hours have only relatively recently become part of academic culture, as the authors of a 2015 study pointed out.1 They concluded that ‘while individual factors contribute to the long hours culture, these factors are shaped by cultural norms and pressures to cultivate a perception of the ‘ideal academic’ within an increasingly target-driven and neoliberal environment.’ In other words, academics are now expected not only to achieve measurable results but to be seen to be trying to do so. If you’re in the lab, no one can accuse you of slacking.

Which is, of course, nonsense – there’s no guarantee that you’re doing anything useful. And the history of science abounds with examples of people having their best ideas while ‘off duty’ – August Kekulé dreaming of the benzene ring during a reverie on a London omnibus, Werner Heisenberg coming up with the uncertainty principle on a walking holiday in the Heligoland archipelago. But is such space for contemplation a vanishing luxury? Sadly, it is an all too common complaint of early-career scientists today that they are required to do so much work, they no longer have time to do any thinking.