Because I'm worth it

The executive pay and equality debate is here to stay 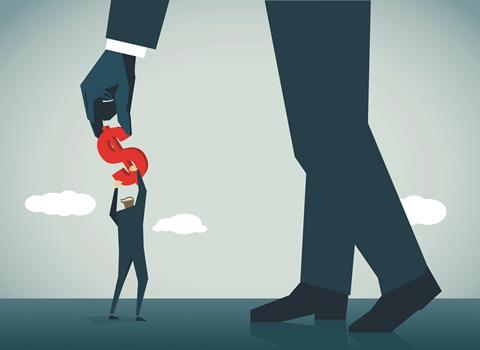 It has become an annual tradition – a few days into January, equality campaigners highlight the point when the average chief executive will have earned as much as an average employee earns in a year. Cue anguish and hand-wringing from politicians and commentators, set against companies’ justifications for their executive remuneration packages.

Governments have attempted to put pressure on firms to bring executive pay more in line with company performance and reduce the pay gap. In the UK in 2012, shareholders were given upgraded powers to block corporate pay packages they saw as inappropriate. And in the US in 2015, the Securities and Exchange Commission introduced rules to force companies to disclose the ratio of their chief executive’s pay to that of their median employee. Those rules come into effect for financial years beginning after 1 January 2017.

Chemistry companies are no strangers to these battles – in the last few years, shareholders have objected to, or even blocked, executive pay packages for a raft of firms, including BP, Shire, Vertex, Reckitt Benckiser, Actelion, AstraZeneca and Smith & Nephew. And with healthcare and chemicals companies dishing out some of the most generous chief executive packages, that scrutiny is likely to continue.

However, there is some evidence that combined political, public and shareholder pressure is having some effect. 2016 figures from the UK’s Office for National Statistics suggest that income inequality is declining: the richest 20% of households’ disposable income has decreased, while the other 80% have seen modest increases over the last decade.

Which brings us to the other perennial issue raised over executive pay: that executive remuneration is too strongly linked to short-term performance goals. That leads executives to focus on immediate gains (quarterly sales figures and share price bumps) rather than long-term sustainability. This short-termism has also been blamed for encouraging company chiefs (especially in pharmaceuticals) to engage in more large-scale mergers and acquisitions. Such deals are well aligned with executive performance targets, but are often accused of creating little long-term value.

Again, this appears to be changing, albeit slowly. A 2015 report from professional services firm PricewaterhouseCoopers shows companies actively changing their pay policies to reflect best practice, with relatively restrained salary increases and more use of mechanisms to claw back bonuses and defer performance-related rewards for several years, so that they can be moderated according to longer-term outcomes. There are also moves to make the biggest bonuses more difficult to attain.

But the question remains, will these changes be sufficient and transparent enough to quiet the critics?