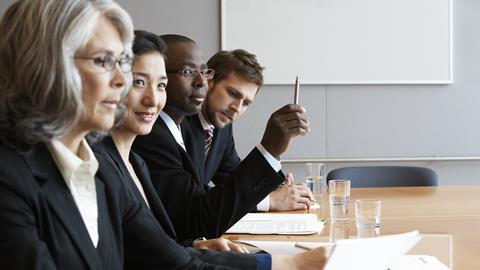 Improving representation at executive level is a priority

Diversity. It’s a simple concept – people from different cultures and with different life experiences bring different viewpoints to problems. Drawing on a broader range of viewpoints should allow teams to identify and solve problems in ways that benefit everyone, not just the comfortable majority.

But our industries and organisations do not (yet) represent that diversity very well. Women and members of under-represented populations are overwhelmingly concentrated in lower-paid, lower-prestige roles, and often all but absent from boardrooms and leadership teams.

While this is changing, progress is slow. Partly that slow progress can be attributed to deeply ingrained systemic inequalities. There can be no doubt that these exist, even if they are invisible to those whose privilege of birth has meant they have never encountered them. Breaking down those barriers requires uncomfortable cultural changes, and a level of sustained effort that is often emotionally and professionally exhausting to those who take up the struggle. It shouldn’t have to be this way.

There is, of course, a logistical element – companies with tens of thousands of employees cannot radically change their demographic makeup overnight. But at the leadership level, the numbers are much smaller – boards and executive teams might be 10–15 people, even at large firms. Press releases can make grand-sounding claims about increasing board representation of various groups, but when that corresponds to hiring just one or two people, it sounds significantly less impressive.

It is all too easy for executive recruiters to claim that suitable candidates from diverse groups don’t exist, or are too difficult to find. They absolutely do exist, albeit in small numbers. And the benefits of their perspective surely outweighs the extra effort in finding them. Without the same opportunities for training and advancement, the leaks in the pipeline will never be plugged, and the flow of diverse candidates will remain a trickle, overwhelmed by those who look and sound the same as we’re used to.

If inclusion and diversity is really as important as all the strategy documents claim, then it is the responsibility of every company to examine its structures and actively break down those barriers and stereotypes. While ensuring under-represented groups have opportunities to advance throughout the company is important, providing mentorship and training to help prepare promising candidates for leadership positions is crucial (and, thankfully, increasingly recognised across the industry).

But the final problem is a little more insidious. History tells us that promises are easy to make, and just as easy to break when there are no repercussions. Grand strategies are all very well, but when they don’t translate into action and results, they are more part of the problem than the solution. It’s up to all of us not to continue to allow that to happen.