Is junk DNA all garbage?

A brouhaha in biology shows that uncovering what we don’t know is more important than arguments about what we do, says Philip Ball

It would be hard to find a recent scientific study that has excited more controversy than that of the international collaboration Encode (Encyclopaedia of DNA elements). This project, funded by the US National Human Genome Research Institute, spent nine years analysing the human genome to find out how much of our DNA has a ‘purpose’ – how much actively contributes to our viability. The results,1 reported at length in a special issue of Nature in 2012, provoked sensational headlines by disagreeing with the view that our genomes are dominated by ‘junk’ accumulated through evolution’s untidy tinkering. Instead, the Encode team suggested that up to 80% of our DNA was functional – performing important biochemical roles. The discovery, according to Science, wrote a ‘eulogy for junk DNA’. 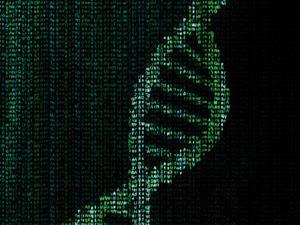 While the popular press announced a revolution in our understanding of genomics, some evolutionary biologists, geneticists and biochemists cried foul. They didn’t just suggest that the findings were open to interpretation; they denounced them as hype, accused the researchers of basic ignorance and strained the boundaries of civilised scientific debate. Even the relativity-defying ‘faster-than-light neutrinos’2 of 2011 were treated with more tolerance.

There are certainly sound and rational grounds for disputing the Encode claims. The crux is that there is no general agreement about what ‘function’ in biology means – itself a reflection of the precarious dance that evolutionary biology has to perform around the notion of purpose. Encode’s critics argue that if you remove a stretch of DNA and find that a particular phenotype disappears, that is not equivalent to discovering the function of that DNA. Ford Doolittle of Dalhousie University in Canada, an authority on ‘junk DNA’, put it very clearly: ‘Cardiologists do not say that it is the function of the heart to make a thumping noise, although stopping the heart will silence it.’3 The function of a feature in evolutionary biology, Doolittle claimed, is best expressed as the reason why it was selected, not the effect it has. Function, like allegedly everything else in biology, only makes sense in the context of evolution.

Now, Encode did not in fact even get close to identifying a function of any sort to all that former junk DNA. What it showed was that about 80% of the genome may be transcribed into RNA. We knew already that about 99% of our DNA doesn’t encode proteins, and it has become clear since the decoding of the genome in 2001 that most heritable human traits, including disease susceptibility, lie outside the coding regions. It is generally accepted that the genome is full of non-coding regions that exert a regulatory effect on other genes via the RNA transcribed from them. But could it really be that most of the genome consists of such domains – that very little is truly junk? Was there any real evidence that all this RNA was really doing anything, rather than being mere noise?

Doolittle explained the dilemma: we know that some organisms have much more DNA than us – lungfish have 30 times more. If the lungfish really needs all that extra DNA, then it must be considerably more complex than humans. Is that likely? Or are we just lucky to be especially junk-free?

Several members of the Encode consortium have now penned a response to their critics that, rather than doggedly sticking to their guns, makes an irenic effort to untangle the confusion.4 They acknowledge the contested definition of DNA functionality: to evolutionary biologists, function implies selective constraint; to geneticists, it has phenotypic consequences; to biochemists, transcription and molecular activity identify candidates for functional roles. The different definitions encompass different amounts of the genome, and the extent of overlap isn’t clear. But the team admits that some low-level transcription might be random, with no function. Their comment that Encode’s value as a ‘public resource is far more important than any interim estimate of the fraction of the human genome that is functional’ might be interpreted by some as a retreat from the initial estimate of 80% functionality. But it’s hard to argue with the idea that Encode raises some profound puzzles that warrant close study, rather than name-calling.

Doolittle says of the Encode fracas that ‘many of the most heated arguments in biology are not about facts at all, but rather about the words that we use to describe what we think the facts might be’. There is perhaps a blunter way of framing that sentiment: dogma tends to be inversely proportional to understanding. For superluminal neutrinos, the question was simply whether the experimental results were believable. But if you can’t even agree on the words and concepts used to frame an explanation, there’s a much more fundamental problem. That’s not, of course, to say that biology is built on sand, but it does suggest that making sense of Encode needs hard thinking, not loud shouting.