Philip Ball reflects on the legacy of the creator of the Gaia hypothesis, who has died aged 103 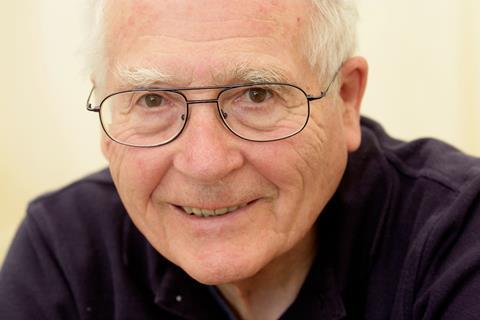 James Lovelock’s position as an independent scientist, along with his skill as an engineer, gave him great freedom to pursue his environmental interests

James Lovelock, who has died on, remarkably, his 103rd birthday, seemed to relish his status as a scientific outsider, but he probably never considered himself to be a maverick. Whether discussing his ideas about the Gaia hypothesis, climate change, nuclear power or the biological effects of radiation, he considered that he was merely voicing the rational view. Indeed, one sensed he imagined his stance on such matters to be that of the practical-minded engineer rather than the visionary guru. For much of his career he presented himself more as inventor than thinker, and it was his skill and deep intuition as a maker of scientific instruments that allowed him to exist as that anachronistic entity, the gentleman-scientist of independent means.

And a gentleman he surely was. He could be fiercely trenchant when defending his views, but he was never less than kindly, thoughtful and convivial, even in the face of some bitter attacks on his ideas. The Gaia hypothesis, which argued that our planet is a homeostatic, self-regulating system involving interactions and feedbacks between the oceans and atmosphere, geosphere and biosphere, raised many hackles when first proposed in the 1970s, not least because some considered it to conflict with Darwinian evolution. (It was not, necessarily, but the reconciliation was not immediately obvious.) Some felt it bordered on mysticism, hinting at notions of teleology and higher purpose – all the more so when Lovelock suggested that the Gaian Earth system had genuine characteristics of a living organism. But the core idea has since been thoroughly validated by the sciences of earth, environment and ecosystems: the biosphere does indeed play an active and even an adaptive role in shaping the planetary environment and climate through the operation of biogeochemical cycles.

Lovelock was way ahead of his time in conceiving of planetary environments as dynamic: not just setting the conditions under which life may or may not develop, but also responding to it. Born in Letchworth Garden City, UK, in 1919, in the 1940s he worked at the Medical Research Council in London, where he helped develop the prototype of the microwave oven in the form of a device for thawing frozen mice and hamsters for research.

His proficiency at designing and building scientific apparatus led to the device that brought him renown (if not immediate financial security): the electron-capture detector (ECD), developed in the late 1950s while on sabbatical at Yale University in the US, which could identify trace amounts of contaminants in air. In the 1960s, Lovelock showed that the device could measure the concentration of chlorofluorocarbons in air; in 1971 he used it in Antarctica, prompting US atmospheric scientists Sherwood Rowland and Mario Molina to warn in 1974 that these industrial refrigerants might persist for long enough to damage stratospheric ozone. While the patent rights were awarded solely to Yale, losing Lovelock around $20m (£16.4m) in royalties, the ECD made his reputation and Hewlett–Packard placed him on a healthy retainer, allowing him to pursue his research independently.

His interest in the planetary environment had led to an invitation in 1961 to join the team at Nasa working on the Mars Viking lander mission, which launched in 1975. Part of the project’s objective was to seek for signs of life on the red planet, which to most scientists meant looking for conventional biochemical signatures such as amino acids. But Lovelock argued that the key characteristic of life is chemical disequilibrium, and that this, more than any specific molecule, would signal if Martian life was present. A corollary was that life does not exist tentatively on a planet: it will either be absent or substantially change its environment, as it does on Earth.

Lovelock developed his ideas about the role of the biosphere on the planetary environment during the 1970s, partly in conversation with the equally inventive and unconventional biologist Lynn Margulis, who had proposed the theory that eukaryotic organisms arose in a symbiotic merger of prokaryotes. Like Gaia, it was derided before being broadly accepted. Part of the scientific resistance to these ideas was provoked by their personification. It was Lovelock’s neighbour in Wiltshire, novelist William Golding of Lord of the Flies fame, who suggested the name of the Greek earth goddess. That quasi-deification prompted talk of ‘what Gaia wants’ – that, for example, she will shrug aside these troublesome humans who are desecrating her and whose activities are giving the planet a ‘fever’.

But for Lovelock, such metaphorical talk was beside the point. He was always eager to pose his hypothesis in terms of scientifically testable theories. In his early work he presented a simple model of biospheric regulation of climate called Daisyworld: a planet largely covered just with black and white daisies. The white flowers thrived in a warmer climate, the black ones when it was cooler. But because white daisies reflect more sunlight and black daisies absorb it, the spread of either variety creates feedback that keeps the climate constant. In such ways, Lovelock argued, the Earth might have held its temperature steady even while the sun’s energy output increased over geological time.

Later Lovelock, in collaboration with other scientists, proposed a more detailed and realistic self-regulating feedback model in which climate-induced changes in algal growth produce homeostatic changes in cloud cover and planetary albedo, via the algae’s emission of the gas dimethyl sulfoxide, which can be oxidised in the atmosphere into cloud-droplet-nucleating sulphate aerosol particles. The idea doesn’t seem to work, but it pointed to real ways in which ecosystem change can alter climate.

Lovelock grew pessimistic about the prospects of halting human-induced climate change. He was exasperated by the resistance to nuclear power from green activists, rather tarnishing his credentials (as some saw it) as an environmental guru. But after forecasting in 2006’s The Revenge of Gaia and 2009’s The Vanishing Face of Gaia a climate catastrophe in which ‘only a handful of the teeming billions now alive will survive’, he later came to suspect that ‘it will be nowhere as near as bad as the worst-case scenario’ and that a ‘sustainable retreat’ might be preferable to abrupt societal restructuring. ‘It is far better to think about how we can protect ourselves’, he told me in 2014. I wonder what he made of the alarming signs today.

But he was ever ready to revise his views. ‘Being an independent scientist, it is much easier to say you made a mistake’, he told me. And you don’t get creative without sometimes being wrong. The word maverick has negative connotations, but Lovelock personified the value for science of independent thinkers not beholden to the stifling constraints of grant-chasing, citation-counting, or academic scheming. He was one of the last of that breed.