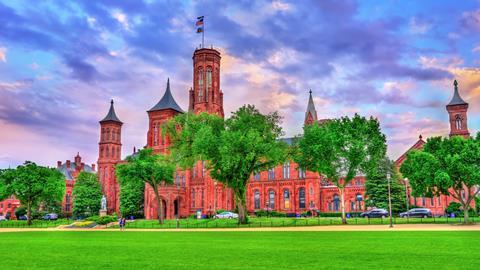 The chemist who established the world’s largest centre for science

The Smithsonian Institution is the world’s largest museum and research complex. Today filled with a collection of historic artifacts spread across art, culture and science, it is viewed as a key part of US heritage. But it was a British chemist who made it possible. 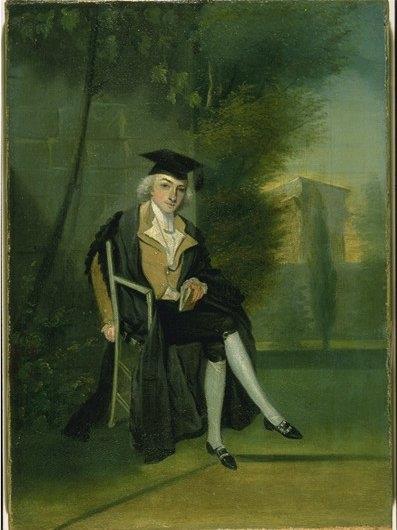 James Macie (later Smithson) during his time at the University of Oxford, UK

James Smithson was the illegitimate son of Hugh Smithson Percy, 1st Duke of Northumberland, and Elizabeth Macie, a descendant of Henry VII. He was born in Paris in 1765 and named Jacques-Louis Macie, later anglicised to James Macie. Keenly aware of the social impact of class, James only adopted his father’s last name after the death of his parents in 1801. He obtained a masters degree in 1786 from Pembroke college, University of Oxford, UK, where he excelled in chemistry and mineralogy. He then moved to London, where he immersed himself in scientific associations – at age 22 he became a fellow of the Royal Society. He travelled throughout Europe, was in Paris during the French Revolution, and was imprisoned twice during the Napoleonic Wars. He also became involved with the leading figures of the Enlightenment, an age where ideas being based on reason were the principal source of legitimacy and closely linked to a revolution in scientific thought.

Smithson published 27 papers during his career. In 1803 he discovered that what had been thought to be one ore, calamine, actually consisted of two distinct minerals: zinc carbonate (ZnCO3) and zinc silicate (Zn4(Si2O7)(OH)2·H2O), or hemimorphite. The former improved the economics of zinc mining operations, which was important for the manufacture of brass, and brought together the sciences of chemistry and mineralogy. After his death in 1829, zinc carbonate was named smithsonite in his honour.

But Smithson’s greatest legacy was still to come. He never married or had children, and in his will he left his fortune to his only close relative, a nephew. When the nephew died childless in 1835, Smithson’s legacy stipulated his fortune would pass to the government of the fledgling United States of America, so it may ‘[found] in Washington, under the name of the Smithsonian Institution, an establishment for the increase and diffusion of knowledge among men.’ 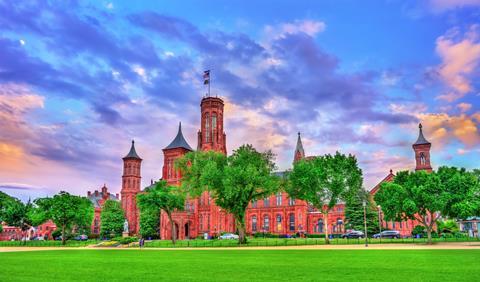 The Smithsonian Castle on the National Mall, Washington DC

Why Smithson left a substantial legacy to the US, a country he never visited, is a matter of conjecture; no conclusive written explanation has been found. However, it is possible to perceive a number of influences. While he was born into the highest echelons of British society, Smithson remained an outsider because he was illegitimate – despite his wealth and connections he was not able to accede to titles and formal roles. Nor was he in a position to bequeath his fortune to a surviving close heir or dependent.

A philanthropist making a substantial bequest would want his name to be remembered. As scientific establishments already existed across Europe, Smithson could not be associated with them for posterity. These societies were also limited to the few; while his recognition in the Royal Society (and Royal Institution) was based largely on merit, access to such bodies was still effectively confined to an elite who enjoyed the privileges of wealth, education and the free time. Given his lengthy experience when travelling and living in Europe, Smithson probably approved of a young democracy such as the US, which promised tolerance, freedom from persecution and opportunity for all.

Regardless of his reasons, Smithson’s bequest has, through steady growth, resulted in 19 museums and galleries, nine research facilities, a National Zoological Park and 137 million items collected and curated. Today, the Smithsonian Institution conducts research in more than 100 countries around the world.

Smithson was a noted patron of scientific enquiry, with an egalitarian commitment to public access to scientific information and learning. The Smithsonian Institution amply embodies the values and aspirations of its patron. In 1903, Smithson’s remains were exhumed and moved to Washington DC by Alexander Graham Bell, escorted through the city by the US cavalry. Today, he is interred in the Smithsonian Castle on the National Mall.