An end to bad air days

As a youngster, whenever the sun was shining and I was in the house reading a book, the grownups would tell me: ‘Go get some fresh air.’ How was I to know that they were spouting an old wives’ tale? 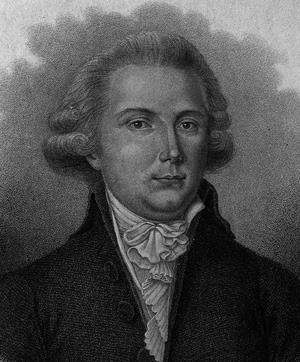 The notion of fresh and foul air has a long history. For centuries in China and India doctors speculated that contaminated air brought disease, while in Rome, the idea was so widespread that Vitruvius discussed the issue in his treatise on architecture. Fevers in Italy were ‘malaria’ (bad air) and even in the 19th century one of the proponents of the great Victorian sanitary works, Edwin Chadwick, wrote ‘all smell is disease’.

It is commonly assumed that this miasmatic theory was finally caught in the pincers of John Snow’s map of the cholera outbreak in London, and Robert Koch and Louis Pasteur’s germ theory. But chemists played a huge role too as they slowly unravelled the nature of air itself.

The Flemish chemist and medic Jan Baptist van Helmont was probably the first to have taken a proper interest in airs. He coined the term ‘gas’ from the Greek ‘kaos’ after isolating what he called gas silvestre (gas of the forests, CO2) from the combustion of charcoal. A century later, Joseph Black in Edinburgh found he could make this ‘fixed air’ in quantity by reacting acid with limestone. With limewater, Black showed that the same gas was produced by both respiration and fermentation, and that air must be a mixture. But that idea goes back at least as far as Robert Boyle who wrote in 1674, ‘perhaps there is scarce a more heterogeneous body in the world’.

Through the 18th century, a bewildering variety of ‘airs’ was discovered. In Twickenham, Stephen Hales used a water trough to collect ‘nitrous air’ (nitric oxide) produced by nitric acid’s reaction with metals, keeping it from the atmosphere with which it otherwise gave acrid orange fumes. In London, Henry Cavendish isolated ‘inflammable air’ (hydrogen) from the reaction of metals with acids.

Combustion was crucial to these studies, but it was poorly understood. A substance of fire, phlogiston, was invoked to explain the process: materials rich in phlogiston burned in air until the air became saturated with phlogiston and combustion ceased. ‘Phlogisticated air’ (N2 and CO2) was isolated by Daniel Rutherford and Black.

By keeping careful track of the volumes of gas he was mixing, Joseph Priestley made a remarkable observation: when ‘nitrous air’ mixed with ordinary air in the presence of water, there was a startling one-fifth contraction in the volume. Priestley believed he had found a way to measure the ‘goodness’ of the air.

This finding caused a huge stir across Europe. In Milan, Priestley’s work was read avidly by Marsilio Landriani, the son of a patrician lawyer. Landriani devoted himself to ‘pneumatic studies’ under Pietro Moscati, professor of surgery at Milan’s main hospital. As Landriani wrote in his book, there was so much to be discovered that even a beginner such as he might contribute. What intrigued him was that measuring the ‘goodness’ of air might explain both the origin of disease and another enduring mystery – the motion of mercury in Evangelista Torricelli’s barometer.

He repeated Priestley’s experiment. But rather than using clumsy gas jars, Landriani designed a compact system. He mounted a glass bulb above a graduated glass tube of similar volume linked by a stopcock. The tube sat in a movable bowl of water, and could be sealed at the bottom with a waxed plug attached to a metal spiral. After filling the apparatus with water from the top, nitrous air was drawn into the bulb by removing the plug at the bottom. Next the water was allowed to fall to the bottom of the tube, drawing in a slug of air. With the device stoppered, the slow mixing of the gases caused the water to be drawn back up the tube giving the change in volume. Landriani proudly named it an eudiometer, from the Greek for ‘wholesomeness of air’.

But as Landriani wrote up his work, Moscati became aware that the Tuscan court physicist Felice Fontana in Pisa had built a very similar device. Crestfallen, Landriani presented Fontana with a copy of his book, fawningly pointing out his priority. Fontana generously conceded. But in spite of Landriani corresponding with Priestley and sending him an eudiometer, it was the better-connected Fontana’s version that was noticed abroad.

However, Landriani’s friend Alessandro Volta went one step further. He equipped an eudiometer with spark wires to study gas combustion. Though he noticed ‘dew’ on the glass after exploding ‘inflammable air’, it was Cavendish and Lavoisier, working in dry glassware, who realised water was being produced; it was the dawn of a new chemistry.

Landriani’s work brought him acclaim in Italy and the chair of experimental physics at the Brera ‘Gymnasium’ in Milan, and he remained a lively correspondent with scientists across Europe. But his attachment to phlogiston theory left him marooned in a scientific time warp; he eventually switched to an unsuccessful career in diplomacy.

Old ideas sometimes cling on like a miasma. But it is the ability to take on the new that distinguishes the scientist from the crank. All the same there’s nothing like a breath of fresh air to clear one’s thoughts.

M Landriani, Physical research on the salubrity of air, Milan, 1775