The Welsh scientist who belongs on a tea towel, the origins of soda and 1980s microscopy

Face of the nation

Gordon Woods invited suggestions for a woman to be included in his tea towel collection of scientific pioneers. I suggest Augusta Ada King-Noel, Countess of Lovelace (better known as Ada Lovelace). The daughter of Lord Byron, Lovelace was born in London in 1815 and died in 1852 aged 36. She was the first person to write an algorithm for machine operation and may be regarded as the first computer programmer. A computer language is, of course, named in her honour.

In response to Gordon Woods’ letter I would, as a Welshman, propose William Robert Grove to represent Welsh scientific pioneers on one of his tea towel designs.

William Robert Grove was born in Swansea in 1811 and died in London in 1896 aged 85. He had a distinguished career both as a judge and a physical scientist and was the inventor, in 1839, of the Grove electric cell (which I remember studying at A-level), a device which used a zinc anode in dilute sulfuric acid and a platinum cathode in concentrated nitric acid separated by a ceramic pot. In 1840, he was one of the first people to discover the incandescent electric light – which was later perfected by Thomas Edison.

Perhaps more importantly, he was the inventor, in 1842, of the first fuel cell (the gas voltaic battery), which produced an electric current through the combination of hydrogen and oxygen to give water.

Emma Davies’ recent article on phone recycling made the comment that the focus should be on making mobile phones last a lot longer. I draw readers’ attention to the Fairphone, in which individual components can be replaced or upgraded and for which the raw materials are, as far as possible, sourced ethically. I plan never to buy another phone. There is an active community of owners and it is a perfectly satisfactory Android smartphone for most users. 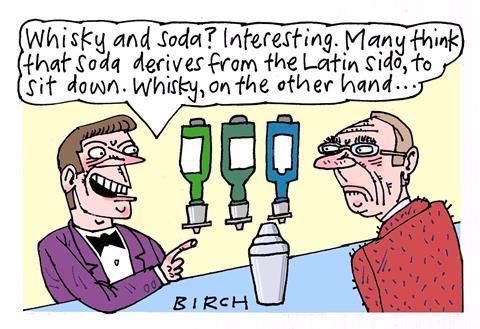 Reading about Tronox’s plans to sell its alkali business, which manufactures soda ash, I wondered about the etymology of soda. It is curious that it is still considered to be ‘unclear’; after a consensus that it comes from the old Italian sida, opinions as to its origin differ and all suggestions are weakly supported. I wish to propose a new origin of sida from the Latin verb sido (sit down), based on the fact that in ancient times the only source of soda was its deposits on the borders of alkaline lakes of north Africa. It is of interest that Henry Le Châtelier drew inspiration from the chemistry of those lakes to formulate his famous principle. Sido is of the same root and meaning with the ancient Greek hizo (ίζω) from which come all polyhedra; sediment is also a cognate.

I congratulate the Chemistry World team on May 2017’s most engaging issue. Evidently chemistry is poised for major change.

In particular, the timely summary of the present situation regarding atomic force microscopy and scanning tunnelling microscopy prompted my recollection of the early days of these techniques. In the 1980s they were deployed to measure the height of double stranded DNA, as readers may recall.

The double helix model predicts the height to be 2.0–2.2 nm, depending upon which isomer is being studied. However, these new techniques never gave these height values, even when deployed many times. The measured heights were generally in the range 1.2 to 1.4 nm; heights of 2–2.2 nm were only recorded at crossover points. Since everyone knew the height answer had to be 2–2.2nm for an isolated double-stranded molecule, we realised the technique must be flawed!

This situation may be of interest to students of the history of science, since it a rare demonstration of the dissonance between a previous scientific theory and new results from new techniques.

Last month’s wordoku (Chemistry World, May 2017, p66) was printed with the complete solution filled. We apologise to readers who enjoy solving the puzzle.

In the same issue, a letter by J A Berry was accidentally credited to J A Barry (p4). In addition, our article on Houskeeper’s seal (p70) should have credited Reggie Hudson of the Nasa Goddard Space Flight Center, US, as co-author.

Finally, PortAventura (p58) is no longer owned by NBC Universal, although we are assured its rollercoasters are still excellent.

Editor: Didn’t we do well?