The challenge for chemical sciences

At a recent informal meeting with three senior chemist colleagues from chemistry-based companies, I asked each to specify their views on the greatest challenge currently facing the chemical sciences in their areas. Here are the answers:

1. Unattractiveness of chemistry to school pupils, and poor career prospects compared with other professions
2. Unscientific regulatory frameworks as a disincentive to research
3. Paucity of longer term funding for research and development

These are perfectly good points, but I believe that they miss the root cause. The greatest challenge facing chemistry is its image. The public perception of chemistry feeds through to governments, regulators, schools and teachers and even to funding bodies. Each of the answers provided above has dependence on the image we present.

In this light, we must ask what we should do about it. Personally, it is hard to think of a more worthwhile objective for academic and industry scientists than improvement of our image and reputation. I believe that learned societies have a particularly important role to play, given their abundance of independent expertise.

It is encouraging to note that the RSC is increasingly active in the public, education, media and government arenas, and that the current strategy addresses some of these issues. However, there is much more that should be done to support this objective, given its critical influence on future progress in chemistry.

There is something to which we can all contribute now - 2011 has been declared the International year of chemistry with major emphasis on the interests of the public and young people. Whereas the initiative is sponsored by Iupac and Unesco, the onus falls on individual countries to organise events and materials.

It is thus incumbent upon the RSC to lead the UK’s activities and to ensure that a superlative programme is mounted. I am already aware that specific parts of the RSC are making plans - but inspection of the website and news items suggests to me that higher priority needs to be afforded.

I opened the March edition of Chemistry World  expecting to find the letters page crammed with indignant missives regarding a recent BBC TV series, but as there was no mention of it I thought I ought to bring it to your attention.

The series I am referring to is Chemistry: a volatile history  broadcast on BBC 4 earlier this year. The programmes were very interesting and well presented in an enthusiastic manner - but by a physicist! I must say straight away that I have nothing whatsoever against Jim Al-Khalili; indeed I thought he made an excellent job of fronting the programme. I am, however, amazed and somewhat disappointed that the BBC was unable to find a chemist to present the series. Surely there must be someone within the ranks of the RSC membership who could have done it? Or is the BBC unaware of the existence of the RSC?

As a former member of the RSC’s Committee for the Promotion of Chemistry to the Public I find it quite disheartening that as a profession we do not appear to have an instantly recognisable media figure.

What hope do we have of attracting students into the profession unless we can make it ’sexy’? Try this experiment amongst your family and friends (or even work colleagues) - ask them to name a physicist, a biologist, an astronomer and a chemist. Most people will be stumped by the latter!

I suggest that the RSC undertakes an X Factor style contest to find ’the face of chemistry’ and let’s get some media exposure!

The article on model molecules (Chemistry World, April 2010, p50) provided an excellent summary of developments in molecular modelling. Unfortunately, it also raised one of the problems of graphical programs capable of manipulating molecular structure on the screen. The cartoon DNA in the main figure is left handed. Chemistry World  is not alone in having manipulated DNA structure in this way, as beautifully archived in the Left Handed DNA Hall of Fame.

Ed: The Left Handed DNA Hall of Fame itself concedes that left-handed Z-DNA exists in the lab and in vivo.

David Jones’ Last retort article on alchemy (Chemistry World  , February 2010, p80) presents a view that vanished from the study of the history of science half a century ago. The idea that alchemists were simply engaged in fraudulent claims of gold-making ignores several decades of recent serious work on alchemy. It fails to take any account of different views in the past about the composition of matter, or to acknowledge that it was generally believed by all natural philosophers until at least the 17th century that metals were interconverted naturally in the earth.

To get a modern perspective on alchemy one needs to look not to Partington but to the huge recent literature by, for example, Lawrence Principe, William Newman, Pamela Smith [who covers Becher in The Business of Alchemy(1997)], Didier Kahn and Allen Debus. Incidentally, Becher did not coin the term phlogiston - Stahl thus renamed Becher’s terra   pinguis. And Stahl was not literally Becher’s pupil, but wrote of phlogiston two decades after Becher’s death.

Luke O’Neill’s letter in response to Jones (Chemistry World, April 2010, p40) only compounds the problem. He cites a random selection of alchemical ideas, with no obvious reason why Jones should have referred to them. Jones is right to say that the Paracelsian tria   prima  of sulfur, salt and mercury are a late addition to alchemical theory. And the suggestion that alchemy was primarily a spiritual practice has been dismantled by recent scholarship - this view owes more to Carl Jung than to the original theory or practice of alchemy. But Jones’ response that ’all the aims of alchemy now look chemically absurd’ is equally unsatisfactory. Besides, the notion of an alchemical elixir of life comes from a separate alchemical tradition (Chinese), and some iatrochemical medicines and practices were by no means absurd, even if they were not terribly effective.

I can read articles of American origin because the American language is similar to English. I expect all other articles to be written in English with the correct spelling of the word ’sulphur’. Will we be seeing fosforus next?

Ed: This question crops up routinely. The RSC and  Chemistry Worldfollow the International Union of Pure and Applied Chemistry’s spelling on this one: sulfur.

Norman Rose comments on the issue of vitamin D and sunlight (Chemistry World, March 2010, p44). He speculates that the incidence of osteomalacia/osteoporosis should be increased in Asian women in the UK, since their style of dress reduces their exposure to sunlight. I have no data for the UK, but there is evidence from Japan. 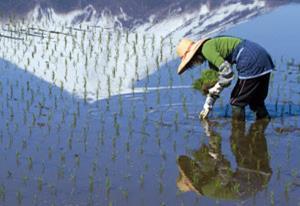 During research undertaken in the 1980s on ’itai-itai’ disease, which was associated with bone deformities following an outbreak of cadmium poisoning in Japan, researchers discovered that the disease was not caused solely by exposure to cadmium, but only occurred with concurrent vitamin D deficiency.

The most severely affected individuals were post-menopausal women of a particular religious sect who not only kept their bodies covered, but who when they fell ill were confined to their houses in darkness. The subsequent reduction in vitamin D accelerated the progression of the disease.

Following on from James Kit-Hon Tsoi’s letter on the decline in the use of dental amalgam (Chemistry World, April 2010, p40), it is worth mentioning that, prior to the days of health concerns over mercury and its vapours, dental amalgams were regularly mixed by hand. They were mixed in a rubber thumb stall or with pestle and mortar, before being decanted into gauze which was then squeezed to remove excess mercury from the mix. Fortunately for me, as a registered dental nurse and third year dental undergraduate, Health and Safety regulations led to the increased use of the capsulated materials (mercury liquid and alloy) and amalgamators mentioned by Tsoi.

Developments in dental materials saw different compositions of alloy mix using lathe cut or solidified spherical alloy particles or combinations, with different ratios of metal constituents to yield a variety of setting properties.  While the alloy itself can contain between 0 to 3 per cent mercury, the majority of the mercury used in the reaction is provided as a triple distilled liquid (about 50 per cent of the final mix), which dissolves the outer layer of some of the alloy particles to produce the

-2 phases as described in Tsoi’s letter. The final mix is a

-2 (Sn7Hg -amalgam matrix) phase material. While mercury is necessary to precipitate the reaction, excess mercury will weaken the final amalgam mix due to the proportion of

To overcome this problem, the dentist will compact the amalgam as it is incrementally placed using considerable force, this draws a mercury-rich layer of the amalgam to the surface of the restoration to be discarded.  This procedure is repeated until the restoration is over-filled, whereby the final layer of mercury-rich amalgam will be carved away as the restoration is finally shaped.  It is often said that if an operator’s fingers do not ache with fatigue after condensing an amalgam restoration then it is inadequately condensed. So the final mercury content of any amalgam restoration depends on how the dentist places it, which will vary between operators.