The illuminating story of William Nicol, the man who gave the world plane polarised light 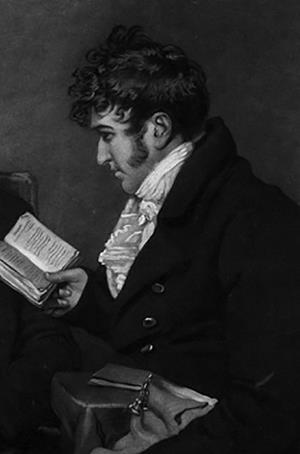 William Nicol (1770?–1851) Public lecturer and inventor of the eponymous prism and the thin section method of looking at geological samples

I find that Twitter is a phenomenal tool for learning. Among my favourite threads is the whimsical ‘#ThinSectionThursday’, an unintentional tribute to a Scottish scientist who first looked through rocks rather than at them, and provided a simple means to polarise light.

William Nicol was born around 1770 in a small village south-east of Edinburgh, Scotland. Around the age of 15 he fell under the tutelage of a brilliantly gifted, blind itinerant lecturer, Henry Moyes. Growing up in nearby Kirkaldy, Moyes had met Adam Smith, who was writing his The wealth of nations away from the distractions of Edinburgh. Smith was so struck by the boy’s precocious talent that the two became an inseparable pair. Moyes eventually graduated with a medical degree but his blindness was an insuperable obstacle. He turned instead to giving courses of public lectures on science.

As his assistant, Nicol was in charge of the demonstrations. It must have been an extraordinary education, and when Moyes died suddenly while on tour at age 57, Nicol, 20 years his junior, began lecturing on his own account. But it was from his base in Edinburgh that he conducted the work for which he is remembered: his experiments with polarised light and Iceland spar.

Nicol would have first seen Iceland spar – clear, block-like crystals of calcium carbonate – during his time with Moyes. The crystals had been prized collectors items since 1669, when the Danish physician Erasmus Bartholinus reported that they doubled the image of anything placed behind them. A couple of years later, Christian Huygens proposed that this double refraction arose because the light was split into two parts, each with a different velocity through the crystal. In 1808, a retired French army officer, Étienne-Louis Malus, noticed a curious effect while looking at the reflection of the setting sun in one of the windows of the Luxembourg Palace through a crystal of Iceland spar: the brightness of the image varied as he rotated the crystal. Believing that he had found the way to orient the particles of light, he named the effect ‘polarisation’. He established the relation between intensity of the reflected light and angle of the crystal (today called Malus’ law), and showed that light was often polarised when it was reflected.

By 1815, David Brewster, a Scottish clergyman with a strongly scientific streak who knew Nicol, realised that the refractive index of the material determined the angle at which the reflected light was perfectly polarised. It was now clear that the rays of light in crystals like Iceland spar – the ordinary and the extraordinary rays – had orthogonal polarisation. Brewster began to study crystals using light polarised either by reflection or by passage through a greenish crystal of tourmaline. 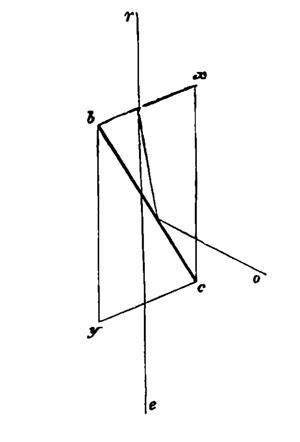 In Edinburgh, Nicol had begun to collect shells, minerals and petrified wood. Frustrated that he could only see the surface of his samples, he glued fragments to a glass slide and then carefully ground them down to gossamer thinness. Now, illuminated from below and viewed in transmission, the cell structure of wood was revealed, as were strange ‘fluid’ inclusions in some of his crystals. But Nicol, still touring, never published. Invited to consider an academic position, Nicol replied: ‘I have become so habituated to an erratick [sic] life which I have led from my infancy that were the pecuniary advantages even ten times greater I should scarcely dare to chain myself down to a permanent abode.’ Only decades later, when his collection of slides was discovered, did his method come to revolutionise palaeobotany and petrology.

Nicol passed Brewster minerals with interesting optical properties. It is likely that Brewster inspired Nicol to think about polarised light and Iceland spar. Around 1828, Nicol cut a crystal diagonally, polished it, and then reassembled it using Canada balsam, a clear resin that never crystallises but has a refractive index halfway between those of the two rays in the crystal. As a result, the ordinary ray was internally reflected downwards (and could be absorbed if the sides of the crystal were painted black). But the extraordinary ray travelled through unhindered: Nicol had made the first colourless plane polariser.

Nicol’s report was largely ignored until an anonymous – and initially sceptical – German scientist copied Nicol’s device. Impressed, he wrote a glowing report in Poggendorff’s Annalen der Physik und Chemie. This caught the eye of William Fox-Talbot, the future photographic pioneer and close friend of Brewster’s, who noted the ability of the clear prisms to extinguish light when rotated by 90°. In 1847, when the young James Clerk Maxwell visited Nicol in his laboratory, the old man gave him two of his prisms. Could it be that Nicol’s gift inspired the electrodynamic equations that unravelled the true nature of light and its polarisation?

For almost a century, Nicol prisms were the workhorses of optical science. Their plane polarised light gave new insights into astronomy, material science, crystallography, molecular structure and the nature of light itself. Nicol’s prism would be gradually displaced by more compact and efficient devices capable of working at a wider range of wavelengths, and yet, even after Ediwn Land’s invention of polarising film brought polarised light to the masses, the phrase ‘crossed Nicols’ has endured.

Thanks to Ruth Siddall and Laurence Barron for inspiration, and Tacye Phillipson for a key reference. Helen Fielding and Steve Price both corrected some of my many misunderstandings about polarised light.