Why punish leaders just for changing their minds? 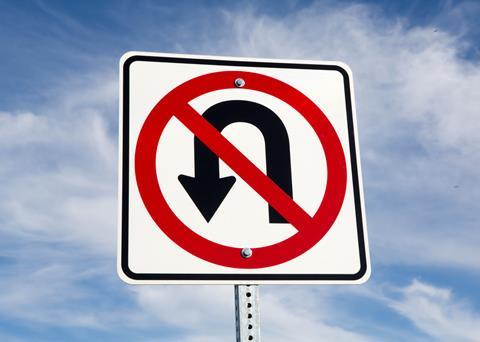 In business, just as in politics, leaders often have to make difficult decisions without the benefit of a detailed understanding of the potential outcomes. Countries and companies are complex beasts, and any change in policy can have effects that ripple through their many strands and structures, throwing up unforeseen consequences.

But when a leader recognises that a decision they’ve made is the wrong one and changes tack, they are routinely castigated and accused of making a U-turn – as if this is automatically a bad thing. Often such criticism comes from the very same people who pointed out the decision was wrong in the first place.

True, if a leader constantly changes their mind, it suggests that they are either not particularly good at making the kinds of decisions with which they are faced, or that those providing them with the evidence on which they are basing their decisions are missing crucial information. Be that through genuine error, oversight, or even deliberate sabotage. But in most cases, decision-makers must believe that they are right. Reversing implemented policies also costs money, so should not be done lightly.

Such decisions rarely have binary right or wrong answers. Leaders must weigh complex arguments and decide on a path that provides sufficient benefit while minimising negative outcomes. Unfortunately, in the lead-up to big decisions, the benefits can be easily overplayed, while the downsides are invisible, underestimated, or even ignored completely.

This is often the case with mergers between large companies. When such deals are announced, they are heralded with ambitious claims of ‘synergies’, productivity increases, increased economies of scale and reductions in operating costs. Looking back at historical data suggests that these rarely materialise at anywhere near the claimed levels. There are, of course, other reasons for merger deals – acquiring assets in terms of products, expertise or presence in promising market territories.

Japanese firm Takeda’s £46 billion takeover of rare disease specialist Shire ticks some of these boxes. Chief executive Christophe Weber argues the deal will make the company less reliant on Japan’s struggling economy, whereas members of its Japanese founding family worry the firm is taking too big a risk. Ultimately there was no turnaround as the shareholders sided with Weber – only time will tell whether this is the right choice.

But occasionally, when the two parties get together and begin negotiating terms, it becomes clear that neither is really getting what was promised from the outside. Or perhaps an external influence exposes significant flaws in the plan. At that point, there should be no shame in walking away, and calling the whole thing off. Pressing ahead for the sake of pride is not leadership, it’s folly.