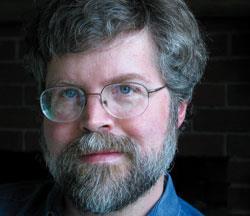 Pharmaceuticals are such a global industry that it’s disconcerting to count up the number of countries where full-scale drug discovery and development are done. You don’t have to go that far past your fingers, actually - and by that time you’re including much smaller companies that just manage to put their homelands on the map. The short list includes businesses that can work the whole pipeline, from assay development, high-throughput screening, and medicinal chemistry optimisation, all the way through formulation, toxicology, and clinical trials.

Is China going to add its name to that roster? There have been several news stories this year detailing how various large firms are opening R&D centres there, and the latest announcement comes from Novartis, the world’s fourth-largest pharmaceutical company.

On 6 November, the Swiss business declared that it was investing $100 million (?53 million) in a Shanghai site that will open in May 2007. It will be the largest research facility yet from a foreign drug company, if it employs the roughly 400 scientists they expect. For comparison, the current multinational leader is Roche, with only 60 scientists. But the idea that all the tasks that are being done in (say) San Diego or Switzerland can just be beamed over to Shanghai doesn’t ring true - at least, not yet.

Currently, almost all of the Chinese scientists with significant drug discovery experience are coming back from overseas positions. Although the country has plenty of generic manufacturing companies, there’s traditionally been very little discovery R&D. The current wave of repatriated scientists has the tricky job of working between their global managers and the local researchers, two groups for whom language may not even be the largest barrier to understanding. The mixture needed for industrial research success is an odd one, with teamwork and individual initiative both needed in different ways. How ready the local Chinese scientists are for this style of work is unclear.

It would be easier to assess what the various companies think about their chances in China if they revealed more about just what they’re doing there. Does Novartis, for example, plan to devote R&D effort into an specific therapeutic area at its Chinese facility, or will it be doing support work for other sites? How much of the work will be basic see-where-it-leads-you research, and how much will be optimisation of processes worked out somewhere else? I would think that it and the other Western companies are hoping (in the long run) for more of the former, but I feel sure that the current sites do more of the latter.

Most of the press coverage has framed this story almost entirely in terms of outsourcing to a country with low labour costs, and that’s an aspect that can’t be ignored. But in addition to the problems detailed above, the scale of the current efforts isn’t nearly enough to create large cost savings. Moreover, Shanghai is one of China’s most expensive cities, and the startup costs will be significant. There’s also the economic fact that if drug research does take off in China, the wages paid for it will increase. Given those considerations, I think that at least two other factors are at work.

The first is the wish to tap into the significant amount of available Chinese research talent, either cheaply or not-so-cheaply. The number of Chinese scientists who’ve been successful outside their home country is impressive, and it’s easy to imagine that there must be more where they came from.

The second factor, which I haven’t seen mentioned nearly as much, is likely to be some hoped-for leverage with the Chinese government in later sales and regulatory approvals of drugs. It’ll be much easier to deal with the authorities if you’re a company that’s put a significant investment into the country. And if you can find some way for the local research centre to have contributed to a new drug, well, so much the better.