If you’re trying to understand how mature chemistry is as a field of knowledge, it’s worth trying an old art-student trick. Instead of drawing in all the parts that we know, see if you can trace the gaps, the outlines of our areas of ignorance. It’s tempting to survey all the things that we can do (since some of them are quite impressive), but what about the things we can’t? 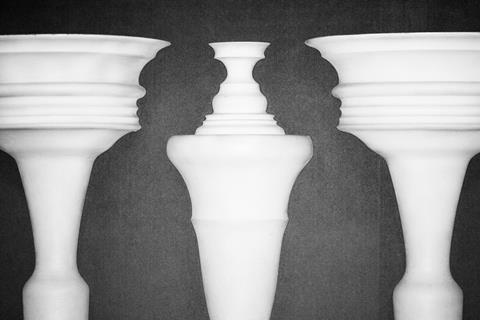 Here’s a basic one, and it generally comes as a surprise to non-chemists: if you draw out a new compound (and it can be organic, inorganic, or some combination thereof), we cannot tell you very much about what it will be like as a solid. We can’t really say what its melting point will be, beyond ‘kind of high’ or ‘probably higher than this other one whose structure is close to it’. Would you like to know the crystalline form you’re most likely to get, or how many polymorphs your new compound is likely to form, under what conditions? Good luck to you. These things are still relentlessly empirical, as any formulations team can tell you.

And that’s just prediction of pure phases. Many solids contain mixtures of different forms, and adding small amounts of another phase, scattered through a solid, can drastically change its properties. You will have a hard time predicting these, too, as well as the effects of small defects in the arrangement of the main phase. But these defects and interfaces are often where the most interesting and important behaviors are to be found.

Materials science in general presents large swaths of the unknown. The move from molecular properties to bulk properties is a very complicated one, and it takes you through an intermediate zone (clusters and nanoparticles) that we don’t understand well at all. Understanding electrical, magnetic, optical, and mechanical behaviours as you navigate these regions is very important, and potentially very lucrative, but there are too many things that we don’t quite grasp yet.

There are just too many possibilities for the solid state and too many factors that go into its formation, and our tools for predicting the relative importance of these are still too crude. Hydrogen bonding is an example. Its importance in organic chemistry can’t be overstated, but there are still many important things about it that we don’t quite know how to handle, which is a big reason why predicting the conformational behaviour of biomolecules can be so tricky. Water, when you get down to it, is hydrogen bonding delivered in its most concentrated form, and if you want to understand the reactions that take place in it – including all of biochemistry – you’ll have to be able to deal with its complex interplay of entropic and enthalpic effects.

When you get down to it, the solution state is also pretty hard to deal with. Water’s solution structure is notoriously complex, but it’s not alone. Dealing with solvent effects in general is computationally intensive and subject to a lot of empirical tweaking. And that tweaking is an infallible sign of a lack of fundamental understanding. We’ve also come to realise over the years that interfaces (solid–liquid, liquid–liquid and liquid–vapour) have a totally different character to the bulk solution, and that different sorts of chemistry takes place there. Heterogeneous catalysis (a field of huge industrial importance) depends on these interfaces, because of the high surface area of the not-quite-bulk solids mentioned above. But despite a good deal of progress, it’s another area where there’s generally no substitute for empirical testing.

Put simply, we don’t understand solids that well, and we don’t understand liquids that well, either, or the range of things that can happen when one meets the other. The figure that one draws, then, to represent chemical knowledge, has some rather hefty openings in it. But rather than being embarrassed about that, we should take it as a challenge. Some of the most important discoveries in the next century of chemistry are doubtless sitting out there in those spaces, waiting for human understanding to catch up with them. If you seek the frontier, look around you!