The innovation that led to a Nobel prize

Scientists have a love–hate relationship with branding. While some get irritated that every other noun in top journals now carries the prefix nano, science has to attract interest and and a little branding never hurts. It’s also nothing new – a similar prefix, ultra, helped usher in modern bioscience.

At the end of the 18th century, the French chemist Antoine de Fourcroy identified substances, such as the albumen of egg white, that could be made to clump together and coagulate. It was the first sign of what would become known as proteins. But the question of protein structure and function would take much longer to unravel. At a microscopic level, investigations led Franz Hofmeister in 1902 narrowed down proteins to amino acids linked by peptide bonds. Emil Fischer came to the same conclusion almost simultaneously, and began to describe the laborious synthesis of di- and tripeptides (Chemistry World, October 2016, p78). 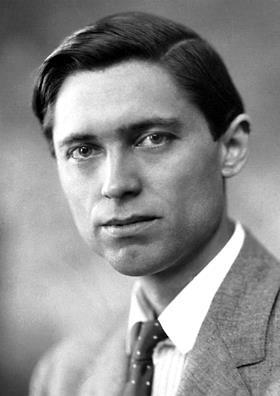 Swedish chemist (1884–1871). Nobel prize winner for his work with the ultracentrifuge

Yet real proteins seemed to sit in the mysterious twilight zone of ‘colloids’ – not quite proper molecules but not quite discrete aggregates either. Reports that proteins had huge molecular weights brought as much confusion as clarity. And what was their relation to the colloidal dispersions of gold and silver, being generated by Georg Bredig at the time by passing electric arcs through solutions of salts? When Henry Siedentopf and Richard Zsygmondy reported the invention of their ultramicroscope in 1903 (Chemistry World, March 2012, p70) it suddenly became possible for the individual particles of a colloid to be observed directly.

Zsigmondy’s book on colloids inspired a young Swedish chemistry student. Theodor Svedberg (universally known as Thé) arrived at Uppsala University in 1904 already well schooled in chemistry and physics – so much so that he was exempted from tedious practicals and earned his bachelors degree in about a year. By then he was doing independent research to widen the range of metals from which sols could be made. This led him to wonder about their stability and their rate of sedimentation – but for that he needed a microscope.

Managing to scrape together some funding, Svedberg (with his contemporary Carl Benedicks) built a microscope, along with the electrical generator need to run the arc lamp.

In 1908, having submitted his thesis, Svedberg visited his hero Zsigmondy at the University of Göttingen, Germany. There he became convinced that the particles in the sols could not all be the same: there must be a distribution of sizes. While the ultramicroscope could be used to establish this, to do so particle by particle would be mind-numbingly tedious. Perhaps one might determine their sizes by monitoring how fast they would settle out of suspension. This could be done optically by monitoring light absorption as a function of height. But with the finer particles, settling under gravity just wasn’t enough. Could one use a centrifuge? 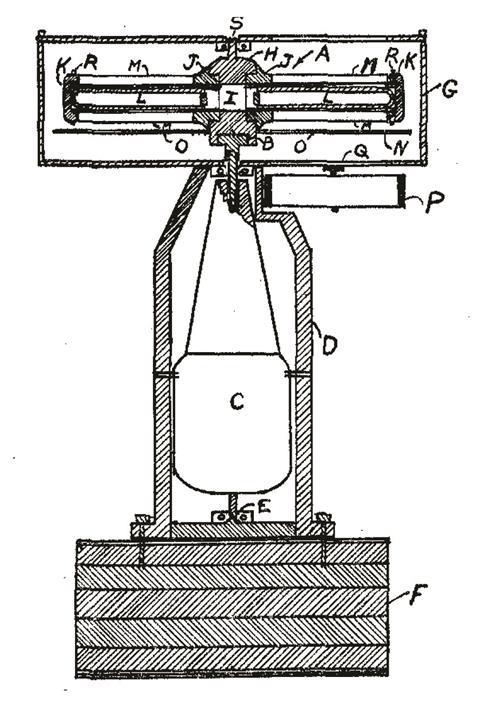 In 1923, Svedberg travelled to the University of Wisconsin–Madison, US, to lecture on colloid science. On the journey across the Atlantic he began to sketch out designs for what he called an ultracentrifuge (the name inspired by Zsigmondy) to magnify the gravitational force thousands of times. In Wisconsin he began working with the physicist Joseph Howard Matthews and his students on a centrifuge with an optical detection system. The rotor, consisting of two arms and a slotted disk, was mounted inside a steel box (to control temperature and air currents) and driven by an electric motor capable of spinning at 20,000 rpm. Light was passed from below to image the sedimentation, with the slotted metal disk only allowing light through when the sample was aligned with the beam. With a camera the progressive movement of the particles could be imaged and quantified, using a model based on Stokes’ Law. It worked beautifully.

Returning to Uppsala, Svedberg built ever faster centrifuges. Balancing the rotors became ever more crucial as the least vibration caused mixing. Svedberg switched to solid frisbee-like discs. Air resistance resulted in heating, so Svedberg spun his rotors under reduced pressure in an atmosphere of hydrogen and the speeds just increased. It was dangerous work: the rotational forces on the rotors were so extreme that catastrophic failures caused metal shards to be hurled terrifyingly across the lab.

As the speeds increased, Svedberg turned to the mystery of proteins. In October 1924, after experimenting with casein and egg albumen, Svedberg chose haemoglobin. After leaving his student Robin Fåhraeus to look after the machine, he went home. In the middle of the night the phone rang with Fåhraeus excitedly shouting ‘I see a dawn!’ – the haemoglobin was sedimenting allowing light to peep through. It was soon clear that the protein sedimented as a single entity. Proteins were monodisperse, single identical molecules. It was a stunning result and a key moment in protein science.

Svedberg won the Nobel Prize in 1926. Accelerated further and equipped with density gradients, ultracentrifuges transformed the biosciences. But for the rather modest Svedberg, his centrifuges were nothing more than devices to see ‘ultra’ – to see beyond. Perhaps the prefix was not branding, but simply an echo of Newton’s remarks about giants.