The kids are alright

I sat in the empty classroom, waiting for the students. I’d asked for the room ahead of time, so I could practice all the assignments. Even so, I was nervous. As a graduate teaching assistant, I was used to leading classes during my masters. The only problem was I’d been asked to lead a class on physical science. I didn’t have any experience teaching the subject. In fact, I had never studied general physical science at all. 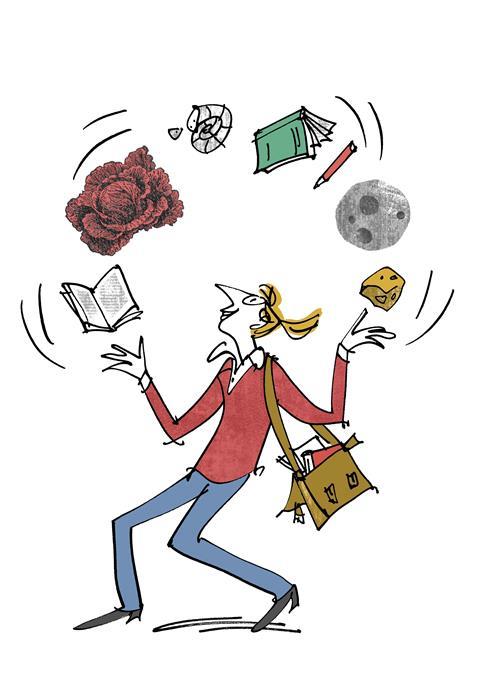 As part of my training, the teaching requirements and classes shifted every semester, based on a combination of students, assistants, labs and funding. At times, I was confused about the expectations and convinced I wasn’t qualified to tackle the subjects assigned to lead. During the semester in question, I’d been asked to take on physical science in addition to my usual organic chemistry labs. I immediately began to worry I was going to do the students – a class of non-scientists – a disservice. Yes, I was a chemist in training and had taken a few physics courses, but the only things I knew about rocks and astronomy were from my childhood rock collection and star map.

I had been preparing heavily. Each night I cuddled up with a borrowed textbook – perhaps the only one I’d ever read cover to cover. I practiced sorting out rocks and minerals, so I wouldn’t be doing it for the first time when I was grading the assignment. I even sat down with some future science teachers and had them walk me through simple concepts like the lunar cycle to show how they presented the ideas. Overall, I learned so much during my teacher prep it reignited my interest about things I had liked as a kid but allowed to fall to the wayside. Now I knew what a blue moon really was, why the sky at sunset is red, how a fossil was formed and the different types of rocks.

Waiting for the students to arrive, I thought back to a lesson I’d learned about how to enthuse students. I had been teaching a chemistry class – my favourite subject – and had been so pumped I had greeted my charges like a golden retriever whose owner had just come home. During the lesson, we had made a pH indicator using red cabbage juice, then tested a bunch of household products and medicines. The classes had started out with simple predictions – acidic, basic or neutral – tested the solutions then revised their predictions. By the end, they were almost as pumped as I was (who doesn’t love a colour change?). The best part was that many hadn’t realised what they were doing until I had called it ‘science’; I realised they had likely opted out of science subjects because they had been told they weren’t good enough, or that science couldn’t be fun.

In the end, I needn’t have worried about the physical science class. The semester was a great experience –one I didn’t know I needed. The students were interested in understanding the topic rather than focusing on their grade, and it gave me a chance to have fun in the lab while we explored the concepts together. It taught me an important lesson as a new teacher: humility and enthusiasm go a long way, much further than expert knowledge. By showing up, ready to cheer them on and entertain their questions, the students were as excited to be there as I was. The preparation helped, of course – but adding fun to teaching is a lesson that’s stayed with me.